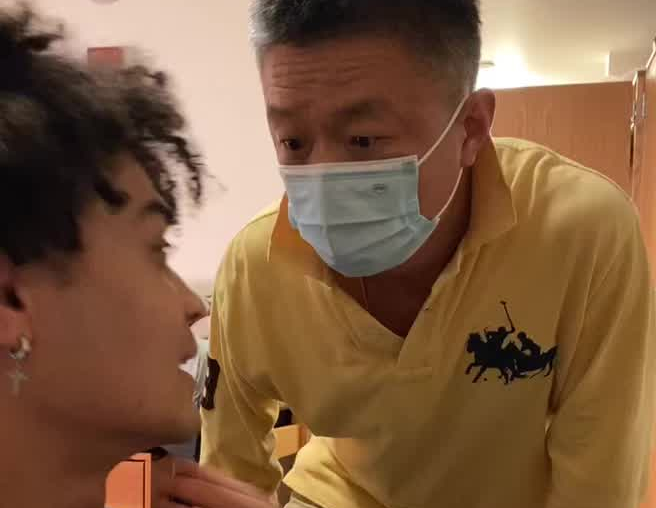 A post on a social media platform has gone viral that shows an Asian man reprimanding a young Black student in his room in a college dorm.

In the video clip, the man is seen yelling in the face of the student, and in the midst of the shouting he angrily says, “Okay, you don’t speak English, then you should go back to your country! I don’t know where you’re from!”

According to the clip was posted on TikTok by user @graccxx who phrased the video with a caption that read, “My roommate’s dad harassing my boyfriend for not wearing a mask in my room. Share this sh*t.”

In the clip below, which was posted earlier this week, the Asian man is seen towering over the young student chastising him for not having a mask on his face.

Apparently shocked at what the man is saying, the student asks him “Is this a joke?” After taking the verbal abuse, the student stands up and asks his girlfriend’s roommate if she is going to allow her father to speak to him like that. As the student tries to deflect from the situation, the Asian man is seen trying to agitate the student into fighting.

Grace, who filmed the scene stated that she recorded the video so she can have proof of the man’s action to show campus security. She also stated in the comment section of the post that the roommate’s mother also tried to stop her from recording the scene.