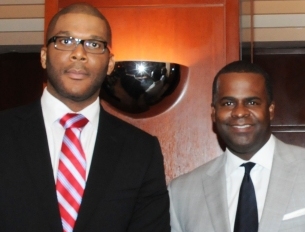 The event, which included a live pitch contest worth $10,000 from 100 Urban Entrepreneurs for three lucky startups, was part of an ongoing national series being presented by the White Office Business Council and the White House Office of Public Engagement to jumpstart entrepreneurship across the nation, especially among African Americans. Michael Blake, Associate Director for the White House Office of Public Engagement and Deputy Associate Director of the Office of Intergovernmental Affairs, has been at the forefront of the initiative.

“The numbers don’t lie,â€ he stressed. “Two-thirds of businesses are small businesses in this country. More than half the jobs are coming from small businesses. Eighty-four percent of the population now is in urban America so the only way that we are going to be able to accelerate and grow as a country is by urban entrepreneurs being successful, and the only way we can help it be successful is by providing access to resources and access to capital,â€ he said, underscoring the significance of the Atlanta effort and others.

Earlier, as Hollywood’s multi-million dollar man addressed the crowd as “Tyler Perry, the urban entrepreneur,â€ he tagged Atlanta as a key place for other entrepreneurs to realize their dreams. When Perry left his native New Orleans to attend Freaknic years ago, he found more than a party. Awed by the many successful African Americans he encountered, Perry saw Atlanta was his “Promised Land,â€ and decided to join them. The rest, as we know, is history.

“Mr. Perry’s model is instructive beyond entertainment because what he did was dominated the space in his own community and then expanded that platform,â€ noted Mayor Kasim Reed in exclusive conversation with BlackEnterprise.com.