Ava DuVernay's 'Selma' To Be Released at Christmas 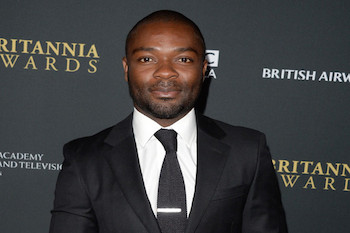 Paramount has had an uphill battle with the upcoming “Selma” biopic.

Fortunately, for moviegoers, the studio has announced that the film has finally come together and will be hitting theaters for a Christmas release. The project, which stars “Lee Daniel’s The Butler’s” David Oyelowo as Dr. Martin Luther King Jr, will also feature the talents of Carmen Ejogo, Tom Wilkinson, and Oprah Winfrey.

Directed by Ava DuVernay, “Selma” will tell the tale of MLK, his triumphs, his tribulations, and his mark on the world during the renowned civil rights movement. The movie will initially screen in a few markets first, most notably New York and Los Angeles, and then the studio will release it nationwide on January 9.

Currently, the film is shooting in Atlanta and in Alabama, where the central conflict in the project is set. Millions will be able to relive Dr. King’s efforts to overturn the Voting Rights Act, which culminated in a series of marches from Selma to Montgomery. Paramount plans to have the wide theatrical release of “Selma” to coincide with the 50th anniversary of the Voting Rights Act, which passed originally on August 6, 1965.

10 Video Game Podcasts You Should Know About

The Fall Experimental Football League to Debut in October