After experiencing some tumultuous times last year, including a lot of public ridicule leading to depression and a hospital stay, R&B artist Kehlani has re-emerged stronger with new music as well as a completely new venture—a tech startup. Kehlani will be releasing Flora, a health and wellness platform aimed at her target demographic—people between the ages of 16 and 25—according to a report from TechCrunch.

She recently tapped Arlan Hamilton for investment from Backstage Capital. Hamilton came aboard committing $50,000 in addition to mentorship and advisory.

“I am incredibly honored to work with Arlan, not only due to her outstanding work in the tech world, but her consistency in supporting queer women of color. I look forward to creating positive change & making strides in tech,” Kehlani said in a statement to TechCrunch.

Currently, the startup appears to be in stealth mode taking sign-ups on her website but according to Hamilton, Kehlani is very dedicated and involved in the process. “She’s taking this incredibly seriously, and in my opinion is approaching it like she would a new album or tour. It’s exciting to see her learning about the tech world, and I’m impressed with her interest in sharing the journey with her fans,” Hamilton said in the TechCrunch article. 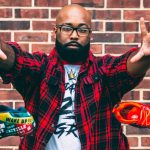