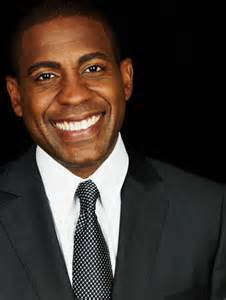 CNN’s Carlos Watson has interviewed scores of world-famous people, from presidential hopefuls Barack Obama and Rudy Giuliani to athletes and entertainers such as Shaquille O’Neal and Diddy. His new one-hour show, Conversations with Carlos Watson, is taking America by storm. The show pulled in more than 2 million viewers for its first prime-time special last March and more than 3 million for the second. The December special was expected to reach equally impressive numbers. The 38-year-old television host splits his free time between jet-setting to places such as India, South Africa, and Iceland, and working with impoverished children here in the United States. Watson speaks with Black Enterprise about the upcoming presidential election, media moguls, and the importance of education.

What are your thoughts on the upcoming presidential elections?
I think it could be the most interesting election in 40 years, maybe 50. It is so wide open that we no longer even blink that we may be on the verge of having the first Italian-American elected. That would’ve been a big deal at any other time. But now you’ve got a woman, a Mormon, and an African American, so no one even blinks anymore.

What is a key issue that you hope the new administration will address?
Our education system. Because of legitimate criticism, a lot of changes have been made over the last 15 to 20 years. In many cases, we see kids going to school longer in terms of the individual day, with after-school programs, and even during summers. But, for all of those changes, I don’t think that we can be happy when we step back and look at situations where, from Baltimore to Los Angeles, the majority of black boys who start off high school are not likely to graduate. I think it is a tragedy that the greatest nation in the history of the world can’t do better. I think that there’s a real opportunity for the next president, should she or he decide to focus on this, to really make substantial headway. I want to see, among other things, not just a focus on the basics, but really an encouragement of all of our kids to try to go on for higher education in this information century. And not just incrementally more … I’d like to see it double, triple, even quadruple. I would love to see the next president establish a national goal much like John F. Kennedy did by putting a man on the moon at the end of the decade. I love kids!