Backtalk with Cedric the Entertainer 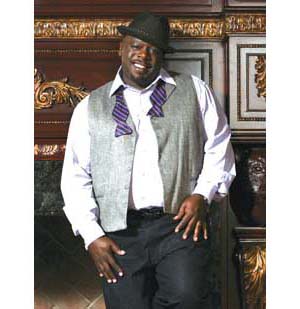 Cedric the Entertainer is bringing soul to TV Land. Since earning critical acclaim as a comedy king and appearing in some 25 films, the St. Louis native returns to television with The Soul Man. The sitcom, which premieres June 13, follows a chart-topping R&B singer turned preacher and his dysfunctional congregation. Black Enterprise caught up with the comedian to find out why cable TV is good for black folks and how he’s building a brand outside of comedy.

The Soul Man is based on your Hot in Cleveland character Reverend Boyce “The Voiceâ€ Ballentine. What inspired his creation?
As we began developing the show I thought about R&B singers and rappers like Al Green and Mase who lived secular lives and then became religious. Al went from singing soul to saving souls! Then I had this character in my head and I thought, “What would it be like if R. Kelly had a church and became a preacher? Would you go to that church?â€

How do you enjoy serving as both the show’s leading man and executive producer?
I love it because it’s a natural growth. People never really give comedians credit for their talents. If you think about it, we write jokes all the time and it’s our true point of view. It’s important when you spend years nurturing your brand to have that power and control, and to be able to define and shape what you’ve created. It’s always funny to me when I meet people and they say, “I watched your comedy special and I know what it is you do.â€ I’m thinking, “I’ve evolved since The Original Kings of Comedy, so do you really know me?â€