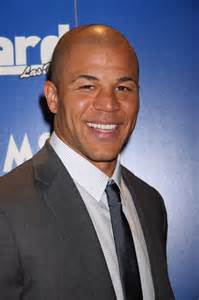 Jarome Iginla has emerged as one of the premier players in the National Hockey League. The 30-year-old Edmonton, Ontario, native rose to stardom in the hockey world after helping the Canadian Olympic team garner a gold medal during the 2002 Winter Olympics. The 6-foot-1 right wing player for the Calgary Flames was the first black NHL player to win a scoring title when he delivered a career-high 96 points and 52 goals during the 2001—2002 season. Iginla, who also led his team to the 2004 Stanley Cup final, is just the second black player to be named captain of an NHL team.

Now in his 11th season, Iginla, whose father emigrated from Nigeria to Canada, also helps with the league’s diversity efforts by donating $1,000 for each goal he scores to the Calgary chapter of KidSport, a charity that provides sporting equipment for underprivileged youths. Iginla spoke to Black Enterprise about the NHL’s efforts to spread the game to inner cities.

Do blacks express surprise after finding out that there are black hockey players?
Not so much playing here in Canada, but in the United States, yeah, a little bit. Hockey is on TV and in the headlines a lot more here, but in certain markets in the States there are times when people are surprised.

The all-star game was in Atlanta this year. When I think hockey, I don’t think Atlanta.
It’s a newer market, and they have a pretty exciting team there. And part of the all-star game is to help grow the game and showcase the talent in the NHL. I think hockey has been growing there for awhile. It’s cool to go into newer markets and see what kind of buzz is going on and see hockey growing.