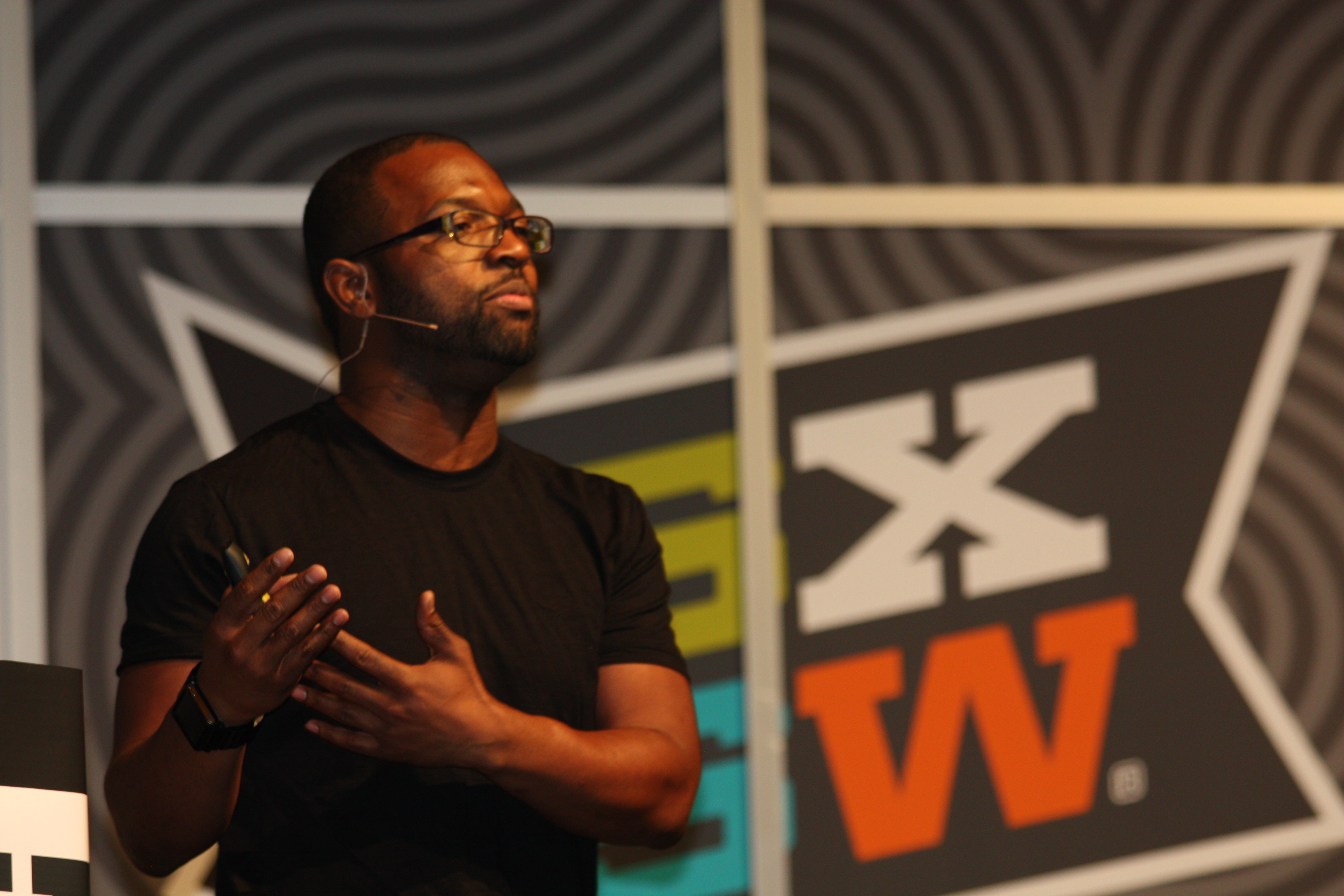 How to Be Black author Baratunde Thurston delivers the keynote address at SXSW (Image: Mary Pryor)

Thurston provided an attentive audience with international examples of real news-inspired satirical content.Â He talked about how Bassem Yousef, a cardiologist in Egypt, was inspired by John Stewart‘s Daily Show to create his own version that mocked local news coverage, calling the recent Egyptian revolution a mere “festival and a carnival.â€ The comedian pointed out satirical headlines like “Nigeria have more enemies per capita than any other countryâ€ from an Onion-esque Nigerian news service.

He spoke about a television show in Afghanistan similar to NBC’s The Office that highlighted incompetent bosses and corporate nonsense, as well as women in politics and assassination attempts at the highest level of government but all in a comical way. The show has become so popular that a British ambassador is set to appear on the program playing himself. Because Thurston is a product of the digital age, the importance of telling the story, even with humor, isn’t where this story ends.

Thurston discussed how the use of comedy gives him and others the ability to marry the tools of technology with the stories that matter. He explained that the story is more important than the tools by themselves. But together they help upgrade our humanity and freedom.”We are creating magical tools and people around the world are using them,â€ said the author. “It’s not just YouTube and Facebook, it’s bigger than that. With all this info and data we throw at machines…there is a need for storytelling narrative to work in concert with the code to get us to further steps of freedom.â€

Autumn Caviness, assistant director of the W.E.B. DuBois Honors Program at Huston-Tillotson University, thoroughly enjoyed Thurston’s keynote address. “I loved the linkages between his grandmother being able to be the first African American working at the U.S. Supreme Court building, to her grandson having the opportunity to mock the world as a satirist,â€ she said.

But in 2012, Thurston’s way of interpreting his great-great grandfather’s defiance in teaching himself how to read is through reflecting truth in political comedy, being savvy on the web, and staying up on the latest tech trends and news. Based on the laughs that erupted from the packed exhibit hall, it was certainly a memorable address.

Follow BlackEnterprise.com’s coverage of 2012 South by Southwest (SXSW) at blackenterprise.com/technology.