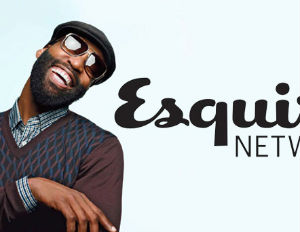 Being on the sideline after his knee injury, Baron Davis’ ongoing recovery has highlighted his style off the court. The former point guard has been dubbed a style correspondent for the NBA and has also begun a new endeavor with Esquire. Davis will be host of a six part series “How I Rock It” on the Esquire Network.

Uptown Magazine sat down with Davis to discuss his latest endeavor.

An important component of “How I Rock Itâ€ is the idea that style is more than what you wear. That being said, how would you describe the show and what can viewers expect from it?

I would describe the show as taking a person and really getting to know them and why they are unique. It’s the uniqueness to the individual that makes them good at what they do.Â We want to push the bar as far as what we talk about when we talk about men and men’s style; and give viewers great content that guys can connect with. And then their girlfriends or women can connect with to see what type of guys they’re into. It’s not just a guy’s show, it’s a show for everybody.