Barry Washington Jr. Killed By White Man After Supposedly Talking to His Girlfriend 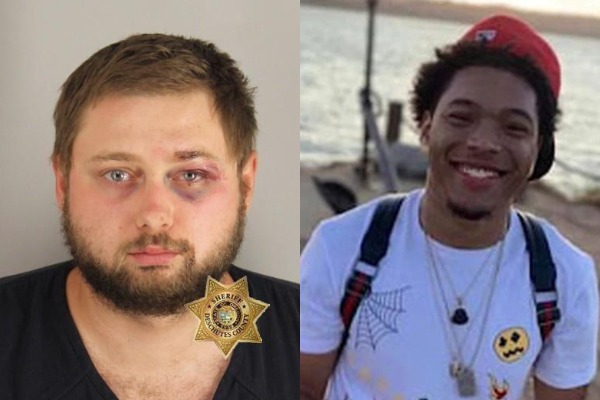 In a case the harkens back to the Emmett Till murder, on Thursday, a grand jury indicted 27-year-old Ian Mackenzie Cranston for the fatal shooting of 22-year-old Barry Khristiano Washington in Bend, Ore, KTVZ reports.

Following the indictment, Cranston was arrested on second-degree murder, first- and second-degree manslaughter, first-degree assault, and two counts of unlawful use of a weapon for the September 19 attack.

District Attorney John Hummel said despite the difference in their race, there wasn’t enough evidence to determine if the shooting was a hate crime.

“Our country has a disgraceful history of denigrating, prosecuting, and lynching black men for talking to white women,” Hummel said. “Over the last week, hundreds of people called and emailed me to remind me of this history; I responded to every one of you.”

Cranston’s re-arrest following the indictment came after community backlash over him quickly posting 10 percent of his $100,000 bail hours after the killing that Sunday.

Cranston shot Washington around 12:11 a.m. Sept. 19 after leaving the Capitol nightclub in downtown Bend, The Bend Bulletin reports. Cranston became upset with Washington after Washington spoke to Cranston’s girlfriend. He responded by pulling out a gun and fatally shooting the young man.

“Know this. Justice will be done in this case,” he said.