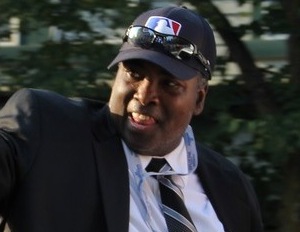 The sports world is mourning the death of Major League Baseball Hall of Famer, Tony Gwynn, who succumbed at the age of 54. According to ESPN, he died of cancer.

Gwynn had a career .338 batting average and won eight National League batting titles. He played 20 seasons with the San Diego Padres and had 3,141 hits in his Hall of Fame career.

Gwynn was nicknamed “Mr. Padre” and was inducted into the Pro Baseball Hall of Fame in his first year of eligibility in 2007. His No. 19 jersey was retired by the Padres in 2004.

Just recently, he signed to a one-year contract extension as the baseball coach at San Diego State on June 11 and hadÂ been on medical leave since late March while recovering from cancer treatment.