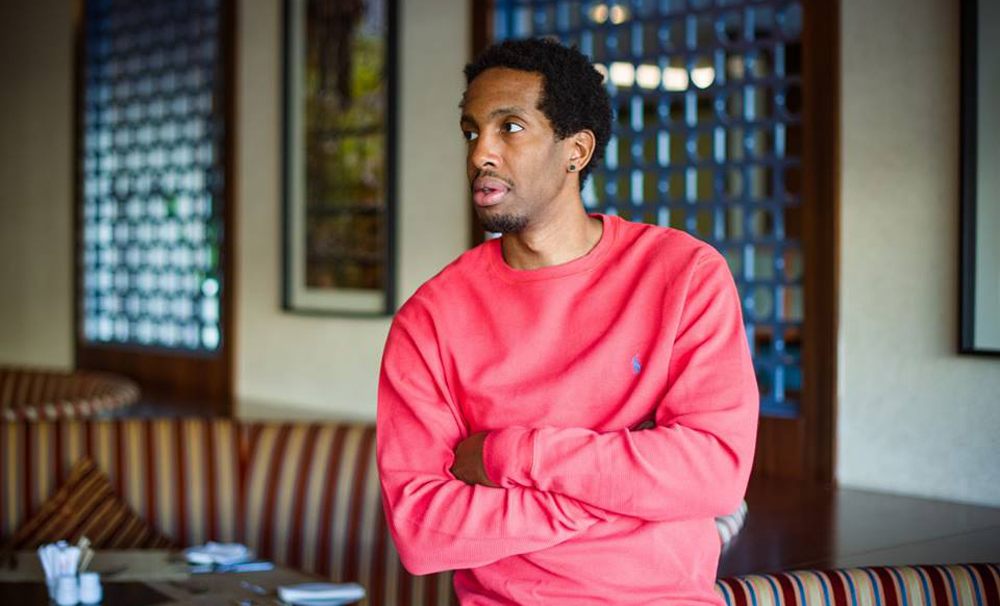 One Word That Describes You: Blessed

In his championship-laden European basketball career, Jerry Johnson has competed against the likes of Deron Williams, of the Brooklyn Nets, and Ty Lawson, of the Denver Nuggets. Born and raised in Lancaster City, Pennsylvania, Johnson saw how tempting it was to go down the wrong path. Every day he was faced with the decision to either stay on course or veer away from it. Sports would serve as an outlet to escape the crime, drugs, and violence that surrounded him in the city. It wasn’t long before Johnson realized that with a lot of hard-work and dedication, basketball could open up many doors. Eventually, Johnson became one of the best basketball players to come out of the state of Pennsylvania. The Lancaster native earned a full-athletic scholarship to Rider University and, after graduating, went on to play professionally in Europe. For most of the year, Johnson is thousands of miles away leading his team, BC-Astana, to multiple-league championships. However, his heart is always with his hometown and the youth of the city who, like him, have an opportunity to do great things. Johnson started a nonprofit foundation called Back2Basics, a youth development and sports foundation designed to mentor kids and promote accountability through athletics.

Fully dedicating himself to basketball and academics as a student in the school district of Lancaster, Johnson knows that none of his success would be possible without his internal will to succeed. “The most challenging moments come with being successful but striving for even greater success,” Johnson tells BE Modern Man exclusively. “I am truly in competition with myself to be better in life, so I continue to challenge myself and hold my personal standards high.”

While growing up, the Boys and Girls Club of Lancaster City and AAU basketball provided Johnson with a place to spend time and develop his skills. He wants his organization, Back2Basics, to offer the same kind of retreat for the city’s youth today. “I am a product of my environment, but I did not let my environment distract me from getting my education and knowing the true values in life.”

Kazakhstan, which declared its independence from the Soviet Union in 1991, is the place Johnson has called home for the past 4 seasons. “I reach back to my community and the youth because I want them to know that there is a whole, wide world out here, brewing with opportunity.” Johnson can relate to the kids from the 300 block of South Anne because he grew up there, and he continues to make an impact from abroad, through his basketball career and foundation.

“The type of exposure that Black Enterprise Modern Man is giving people is what the world needs to see. There are so many success stories that get overlooked. The more stories that are out there in the media, the greater chance there is for our young people to see what is really taking place. African American men, from all industries and backgrounds, are making positive things happen.”

Playing and competing at the highest levels of European basketball in Turkey, France, Belgium, Lithuania, Istanbul, and now Kazakhstan, has given Johnson a broad perspective of the world and his place in it.

“A BE Modern Man is a man with the ability to assimilate and adapt in all aspects of life. He has a broad vision and uses this vision to positively impact the world he lives in through his works and actions.”

The BlackEnterprise.com team congratulates Jerry Johnson on his successful basketball career and, more importantly, his dedication to the youth in his community.  Whether it is a Christmas giveaway for hundreds of families, or one-on-one mentoring, Johnson shows us that no matter where you are in the world it is possible to make a difference.