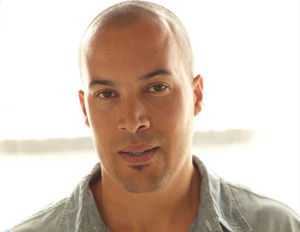 As the son of renowned Broadway actor Michel Bell, it’s only right that Coby Bell pursued a career as an actor. While fans recognize his work on the small screen on the USA Network’s Burn Notice and BET’s The Game, the role that Bell is most proud of is that of a loving father to his two sets of twins–identical girls and a fraternal pair, one boy and one girl. Despite his hectic schedule, the devoted family man still makes time to serve as a Big Brother to a young man he’s mentored for the past several years. BlackEnterprise.com caught up with Bell, who discusses how he juggles his career and parenting, his musical ambitions and working with singer/actress Brandy as a love interest in the upcoming season of The Game.

How has it been juggling two popular television shows on separate major networks at the same time?

Luckily it hasn’t been exactly at the same time. Last season Burn Notice ended, and then a week later The Game started. This season, The Game started about two or three weeks before Burn Notice. I was juggling [both] for two or three weeks, and that was kind of crazy flying from Miami to Atlanta and then back to Miami. And I go to L.A. every weekend to see my wife and kids. The only part that weirds me out about it is being away from my family, so I do a lot of flying.

That’s understandable being that you have two sets of twins at home. How do you fit in daddy duty with the hectic schedule of being in two shows?

It’s challenging, but it’s the best thing in the world. The traveling, the long hours; everything I do is for my kids. But when I got these jobs out of town, I said the only way I can do this is if I go home every weekend. There’s no way I can go more than five days without seeing them or being with them. [And] once The Game is done, I’m going to have two or three months just being home and just being dad before I have to go back to Burn Notice. I’m not saying that it’s easy but being a father is just the best thing in the world.

So what’s your favorite thing to do with your kids when you’re home?

I guess just being with them. Whatever it is that they’re doing or whatever it is that they want to do–you know, taking them to volleyball, piano or dance or picking them up from pre-school… just all that day-to-day stuff. What’s really cool is we just have fun as a family. We really enjoy just hanging out together and every Sunday before I have to go back to the airport, my wife gets to sleep in and I take the kids to Long Beach to this restaurant we’ve been going to for the past two years. And every time they have our table ready for us, it’s like this nice little tradition we got going.

In addition to your own kids you’re involved with Big Brothers of America as a mentor. How did that relationship come about?

I was on my first series regular gig, L.A. Doctors (1998-99), and I was just a nurse on the show. So I only came in for work one or two days a week, I had all this spare time, so I figured I might as well help out a little bit. That’s when I became a Big Brother. He’s 23 now and we haven’t been officially part of the program for years because at a certain point they’re like, If you’re obligation’s over and you want to keep hanging that’s cool.â€ We’re like family now so he’s always going to be part of my life.