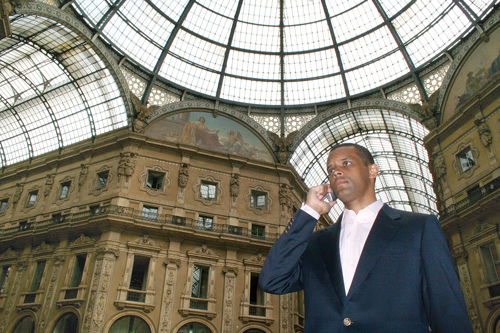 When Robert Spencer moved to Japan five years ago, he found the transition easy. Before moving, Spencer, 31, worked in his hometown of New York City selling Japanese equities to U.S. institutions. The office culture in Tokyo was similar to the one back home, and all his colleagues spoke English. “Prior to the relocation, I already had working relationships with many of my colleagues in the Tokyo office.â€

As a vice president of Goldman Sachs, Spencer works as an equity derivatives salesman covering foreign institutions, and he spends most of his day executing trades on his clients’ behalf and offering advice about the Japanese market.

Also, because Japan and China are geographically close, Spencer says there’s ample business opportunity in both markets, and he often advises his clients to gain exposure to China either directly or through Japanese companies.

Though his adjustment has been painless, he has quickly learned the differences in business rituals, such as exchanging business cards. “Arriving at a client meeting without business cards, while not a big deal in the States, could be detrimental to the start of a client relationship [here].â€

For professionals interested in working in Japan, Spencer advises learning the culture and intricacies of business first, since being unaware of details could potentially undermine a budding business relationship.

Finding an apartment, opening a bank account, or securing a gym membership–Spencer found these challenging as well. “Tokyo is a great city and most of these are one-time experiences,â€ Spencer says. “Once you get past them, you adjust and can enjoy living here.â€

This article originally appeared in the December 2009 issue of Black Enterprise magazine.