As the November election is approaching, Joe Biden and his team have decided to focus some of its advertising toward fans of football.

NPR is reporting that the Biden campaign is intending to utilize its budget to place commercial spots during every NFL game for the remainder of the election season.

As the 2020 NFL season started this past weekend, the Biden campaign debuted the first ad called “Fresh Start” that was aired nationally. “We need to get control over the virus,” the narrator says midway through the ad. “Donald Trump failed. Joe Biden will get it done.”

The Biden team has purchased at least one advertising slot for every game between now and Election Day, a campaign spokesperson confirmed to NPR. Tracking firm Advertising Analytics says those prebookings add up to $25 million.

“I’ve never seen that before in a presidential race,” said Ad Analytics’ John Link. “That is the first time we’ve seen something of that magnitude.”

“The NFL, even pre-COVID, is the most powerful advertising vehicle,” said Link. “In some markets, you get Super Bowl-like numbers on a Sunday.”

Ad Analytics has reported that the Trump campaign spent $1.1 million in 21 local TV ads in swing states during the season opener. 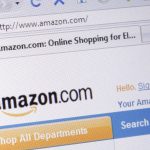 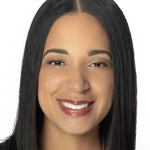