Biden Wants A Woman To Be His Running Mate: Here Are Some Names Under Consideration 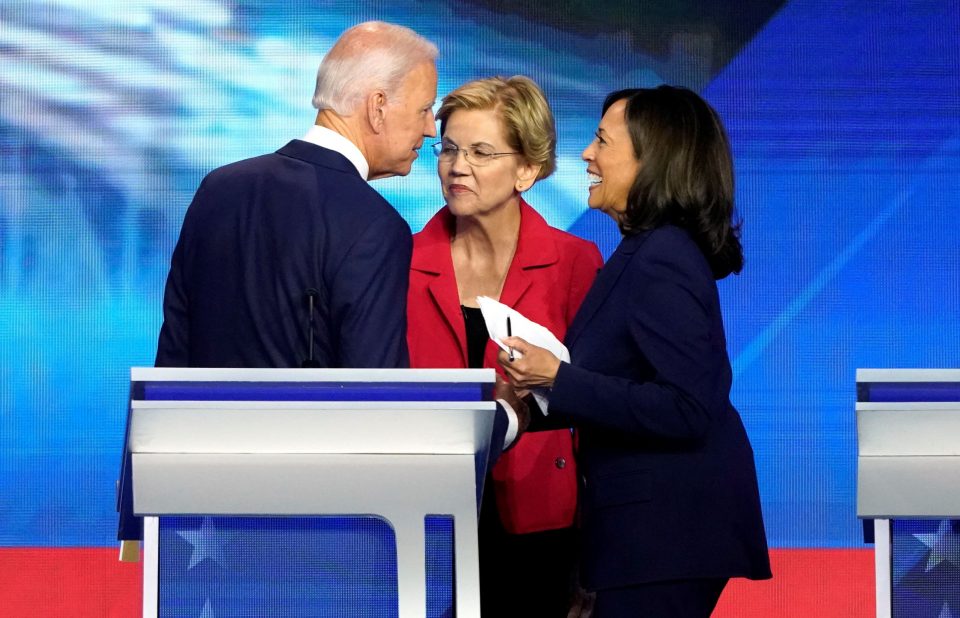 Biden has vowed to choose a woman as his potential vice president. Here are some of the nearly dozen candidates who are likely under consideration, according to people familiar with the process expected to wrap up by July.

A number of advisers have pressed Biden’s campaign to pick Harris, 55, because the daughter of Jamaican and Indian immigrants could help excite black voters, a key Democratic constituency. Harris endorsed Biden after dropping out of the race, but her earlier criticism of him during a Democratic primary debate about his opposition to school busing rankled some people close to Biden.

The 60-year-old senator from Minnesota could help Biden appeal to moderate and working-class white voters in potential Midwestern battlegrounds like her home state. But Klobuchar struggled to capture black voter support during her own presidential bid and faced criticism over her prior handling of a murder case involving a black teenage defendant when she was a Minnesota county prosecutor.

Whitmer, 48, raised her profile as the governor of a state hit hard by the coronavirus. But she has also come under fire for a stay-at-home order that some in the key battleground state of Michigan viewed as too onerous.

Warren, 70, has spoken with Biden regularly since dropping out of the Democratic nominating race and endorsing him. She is seen by Biden advisers as a bridge between the former vice president and people skeptical of his commitment to progressive policy priorities. While Biden and Warren battled over policy issues during the primary, the senator from Massachusetts has since supported revisions to the Affordable Care Act that match Biden’s healthcare proposals.

Biden has said Demings, 63, an African-American congresswoman from the election battleground state of Florida, is on the running mate shortlist. The former Orlando police chief served as one of the managers of the House of Representatives’ impeachment proceedings against Republican President Donald Trump but has a lower profile among voters nationally.

Lujan Grisham, 60, became the first Latina Democratic governor of a state in 2018, after serving six years in Congress. Biden’s campaign has been pushed by allies to consider a running mate who could boost his support among Latino voters, potentially the largest minority voting bloc in the November election.

Cortez Masto, 56, a senator from potential battleground state Nevada, succeeded Democratic Senator Harry Reid, a party power broker who has encouraged Biden to consider her, according to people familiar with the matter. She served as attorney general of Nevada before becoming the first Latina elected to the U.S. Senate, and also could help strengthen Biden’s appeal with Latino voters.