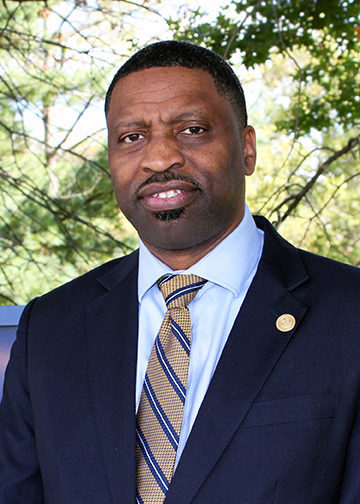 The NAACP announced over the weekend that it has elected Derrick Johnson as its 19th president and that it will take a new direction to propel the advancement of people of color. In a tweet, Johnson expressed enthusiasm for his role heading one of the nation’s oldest civil rights organizations in a new age of activism that is largely dominated by the Black Lives Matter movement.

No stranger to the NAACP, the 49-year-old veteran activist was elected unanimously on Saturday by the board of directors after serving as the org’s interim leader since July, following the departure of former president and CEO Cornell William Brooks in May. Johnson previously served as president of the Mississippi State Conference of the NAACP.

“In his time serving as our interim president and CEO, Derrick has proven himself as the strong, decisive leader we need to guide us through both our internal transition as well as a crucial moment in our nation’s history,” said Leon Russell, the NAACP board chairman, in a press release. “With new threats to communities of color emerging daily and attacks on our democracy, the NAACP must be more steadfast and more immovable than ever before, and Derrick has the vision, mobility, and courage to help us meet that demand.”

Along with electing a new leader, the NAACP will change its tax status from a 501(c)(3) nonprofit to a 501(c)(4) nonprofit. This will allow it to engage in less restricted political lobbying and better address the needs of African Americans today, said Johnson. With the new status, the group will promote candidates in local elections as well as in the 2018 midterms. The change will happen “so we can have the collective voice and impact that a civil rights organization in 2017 and forward should have,” said Johnson, according to The Associated Press. The new status will also grant the NAACP the ability “to clearly state without any equivocation our positions and to encourage our members and the communities we represent to do the same.”

Still, the question remains whether or not this will help the 108-year-old org reestablish its prominence and become relevant with a new generation of African American activists aligned with Black Lives Matter (BLM). According to a new study conducted by Northwestern University’s Center for the Study of Diversity and Democracy (CSDD), most black Americans look to BLM leaders and organizers to advocate and tackle social justice issues in today’s world. Eight-one percent of respondents say they rated the movement as “moderately effective,” while 52% describe it as either “very effective” or “extremely effective.”

“The movement is seen as most effective at protecting voting rights (68%), improving race relations (67%), and challenging police brutality (63%). More than 50 percent of the survey’s respondents also saw BLM as effective advocates for gender equality (61%), economic opportunities (59%), and LGBTQ rights (56%) in the African American community,” states the study.

Furthermore, respondents are hoping that the movement will continue to grow by adopting a top-down leadership structure and scale up.