Infrastructure Bill Includes Investments In Water And Internet For Minorities 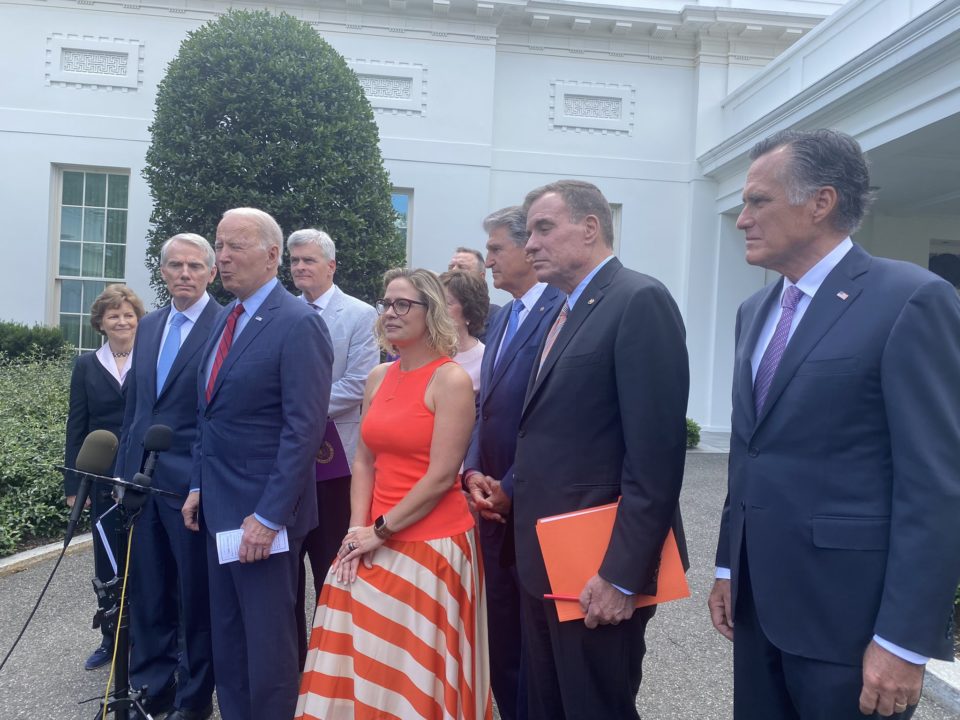 President Biden and A group of bipartisan senators announced they've reached an agreement on an infrastructure bill. (Twitter/@Yamiche)

The bipartisan group of senators who introduced a $1 trillion infrastructure bill included several initiatives to help working families and people of color.

President Joe Biden and the group of senators, which did not include a single Black politician, announced the deal Saturday after months of back-and-forth negotiations.

The bill could be passed as soon as this week as Senate Majority Leader Chuck Schumer pushes the bill to get passed before Aug. 9, when a month-long recess for Congress starts.

Schumer urged all 100 senators to agree to start the amendment process Monday, saying the “longer it takes to finish the bill, the longer we’ll be here.”

According to the Joint Center for Political And Economic Studies, 34% of Black adults do not have home broadband, and 30.6% of Black households with one or more children age 17 or younger lack high-speed home internet.

The infrastructure bill also includes the largest investment in clean drinking water in American history. The bill will replace all of the nation’s lead service pipes to deliver safe and clean drinking water to families and children—including the families of color at the highest risk for lead exposure.

Communities of color in cities like Chicago, Milwaukee, and Newark are also at particular risk. In Flint, Michigan, where old, outdated water pipes resulted in lead poisoning for more than 10,000 children between 2015 and 2019, residents are still afraid to drink the public water.

Public transportation is also part of the bill. In addition to investments in already existing transportation systems, including New York’s MTA and Amtrak, the infrastructure package will replace thousands of transit vehicles, including buses, with clean, zero-emissions vehicles, reducing commute times and creating more opportunities for communities of color.

The infrastructure package will also invest in the resilience of physical and natural systems in American history, helping safeguard communities of color from the climate crisis and extreme weather events, including storms, floods, landslides, wildfires, and winter storms.

“Given how bipartisan the bill is, and how much work has already been put in to get the details right, I believe the Senate can quickly process relevant amendments and pass this bill in a matter of days,” Schumer said according to CNBC.