Must Be the Money 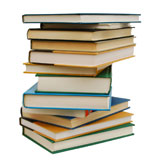 It’s been well documented by the Center for American Progress that there are racial disparities in school funding in many states both within and between districts. In poor districts–or sometimes in poor areas of the same district–it isn’t uncommon for school buildings to be in decay; to have insufficient textbooks; and to provide little if any teacher support or investment in academic programming, art programs, science lab equipment, or speech and debate teams.

The situation is getting worse as budget cuts across the nation grow and as state-level Recovery Act funds targeted for schools end this fiscal year, which ends this month. In 2011, education budget cuts for some states around the country have resulted in a shortened school year; teacher layoffs; increased class sizes; and the elimination of early learning programs, tutoring programs for low-performing schools, and professional development for teachers.

In Florida, the Los Angeles Times cites, state funds for 15,000 children to attend a school-readiness program for low-income families have been cut. Texas eliminated funding for pre-kindergarten programs that serve about 100,000 at-risk children, and in California, many districts have cut back on high school counselors. And with the $169.4 billion spent on wars in Iraq and Afghanistan for fiscal year 2011, 2.6 million elementary school teachers could have been hired or 22.3 million slots in Head Start opened up, according to the 10 Years + Counting Project, a group that advocates against war and for peace via the arts and community engagement.