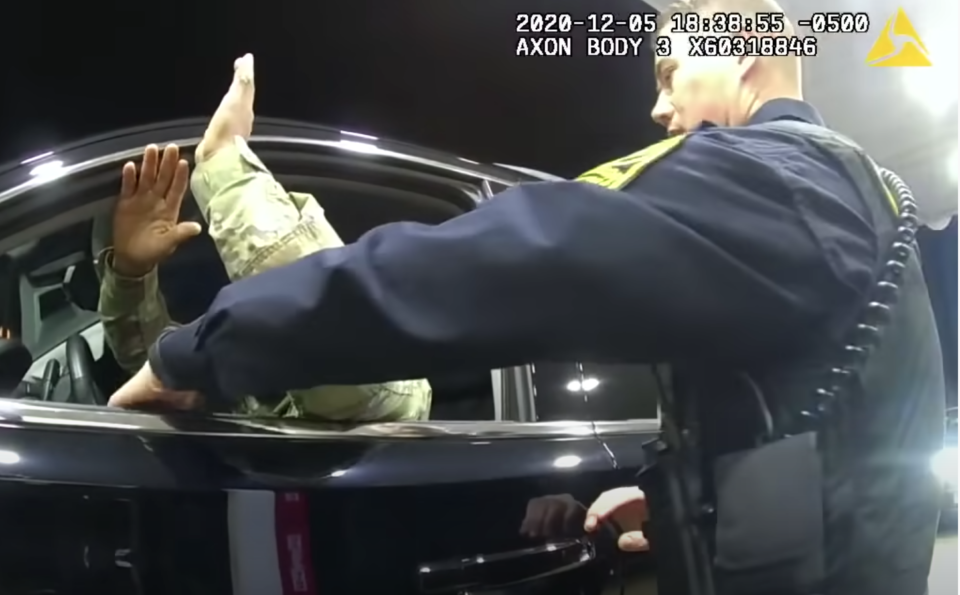 Black Lieutenant was pulled over by two White Virginia cops. He’s filing a lawsuit for the inhumane treatment he experienced during the traffic stop.

After watching the horrific footage, many people took their concerns to social media to highlight the injustices that still exist.

“If police officers are willing to assault a uniformed Army lieutenant like Caron Nazario while they’re being recorded on camera, imagine what they’re doing to ordinary civilians when they’re not on camera (and often even when they are being filmed),” says CNN commentator Keith Boykin.

Caron Nazario is a member of the U.S. Army Medical Corps and is a second lieutenant.

Nazario was driving in his new SUV when he was stopped by police officers at a BP gas station. The officers immediately started yelling, demanding that Nazario put his hands up and turn the vehicle off.

Then, the cops pulled out their guns, pepper-sprayed him, and forced him to the ground. With his hands up the entire time, Nazario tried to talk to the officers to understand the harsh treatment. This unexpected traffic stop turned into a brutal nightmare for Nazario.

“I’m serving this country, and this is how I’m treated?” Nazario asked the officers.

Body camera footage shows the entire incident.
The incident occurred in December 2020. There is footage available from the body camera and Nazario’s phone.
According to the lawsuit, he was heading home from his duty station when he was pulled over by the two officers while in uniform. Newsweek reported a few details of the lawsuit, stating that Nazario claims that the officers — Daniel Crocker and Joe Gutierrez racially profiled him and threatened to kill him in actions that might have adversely impacted his military career.