Black Boys Build Businesses in the Age of Trump 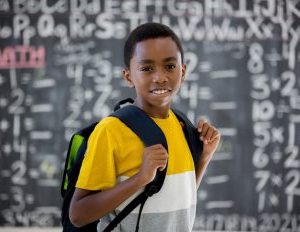 White boys are three times more likely than black boys to be reading at or above grade level in fourth grade, according to the Annie E. Casey Foundation. Â Â

The Boys Institute (TBI), housed at DC Scholars Stanton Elementary School in Southeast Washington, D.C, Â is an initiative of the DC Public School System (DCPS) designed to address and close the literacy gap. The initiative provides at-risk boys of color, or Kings as they define one another, with targeted literacy instruction and the bandwidth to pursue justice and equity for their communities.

Equipped with startup capital from 30 black male donors, TBI Kings participated in and graduated from a kidpreneur program designed to teach them how to start profitable and successful businesses. “Empowering black boys in the age of Trump is about more than reading and math skills. It’s about teaching them to develop and apply an entrepreneurial mindset to challenges that are specific to their communities,â€ says Kezia Williams, founding director of Black upStart, a social enterprise designed to teach black Americans how to start profitable and successful businesses.

The kidpreneur program began the day after a deeply divided nation elected Donald Trump as the 45th President of the United States. “Most mornings at Stanton Elementary, we start with shout outs,â€ said Marshall Pollard, director of TBI. “Today, after I literally wept heading into work, wondering how I look in the eyes of my students and be light, a 5th grader stood up and said: “I have a shout out for all of the people protesting the results of yesterday’s election.â€

Pollard subsequently invited the group to have an honest, safe conversation about the election results. The responses were brilliant and humbling.

The conversation about the election outcomes and the implications for communities of color was the segue into a life altering training program for the Kings. Designed to empower and mobilize the Kings to start businesses that create value, solve problems, and make positive differences in their communities, the training program was “wildly successful,â€ according to Pollard. Â

The Kings were presented with a real-time problem in their community that needed to be solved during day one of the program.”Black upStart is hosting an event next Saturday and a lot of adults are going to be there,â€ Williams noted. “Unfortunately, we don’t have anything for them to drink. How can we solve this problem,â€ she asked.

One of the Kings enthusiastically offered a solution to the problem, creating and bottling infused waters with fresh fruit and vegetables to sell to guests. “We will sell this water to make being healthy cool in our community,â€ he noted.

This passion for adding value, solving problems, and providing healthy drinking options is mutually beneficial in nature. Mutual benefit is a core value of the program, insofar as Kings are taught to conduct all business lawfully and with integrity, while always creating real value for themselves and for others through voluntary cooperation. By electing to create infused water, as opposed to soda or another sugary drink, the students demonstrated their understanding of the core values and the importance of creating products or offering services that help, rather than harmÂ individuals and communities.

The Kings created and subsequently sold 150 bottles of infused water at the Young, Black and Innovative event hosted at Teach for America headquarters in Washington, D.C. “This opportunity provided a real life experience for the Kings to taste and see just how great they are,â€ said Pollard. “Being in a room full of people who looked like them, some from and some not from ‘round their way, ingrained a memory that instills hope and drive to continue to lead the fight for peace in their community,â€ he concluded.

Jared Brown currently coordinates a $25 million initiative at the United Negro College Fund (UNCF) designed to cultivate the next generation of African American innovators and entrepreneurs. He awards scholarships and administers an online entrepreneurship curriculum to more than 150 undergraduate scholars representing more than 40 colleges and universities. He also serves as operations director at Black upStart, a startup social enterprise that has supported 100 entrepreneurs in the DMV area through the ideation and customer validation processes. He is a leading voice in the field of black entrepreneurship with publications appearing in Black Enterprise, Generation Progress at the Center for American Progress, and the Congressional Black Caucus Foundation.