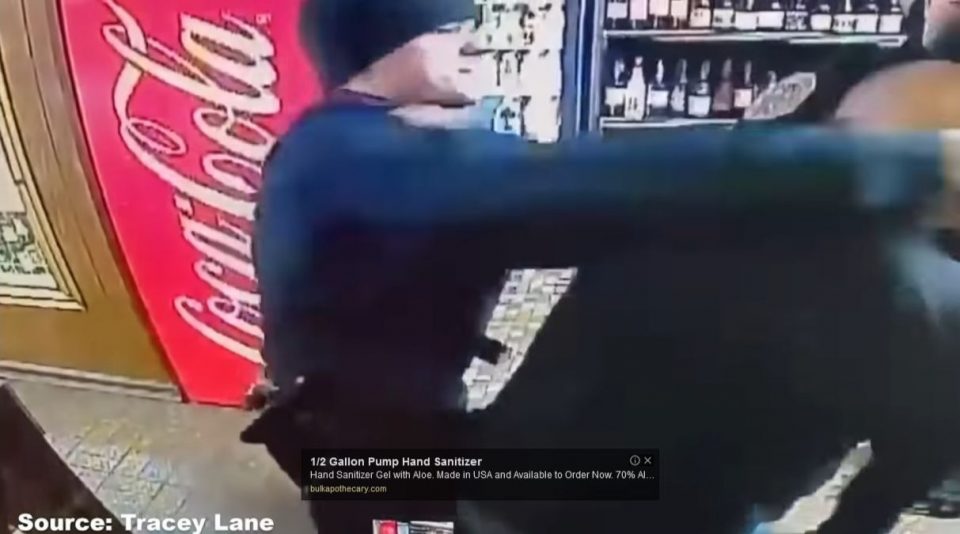 A black business owner who was armed with a gun was punched in the face by a white police officer in Decatur, AL after calling the cops to report a robbery at his store, according to AL.com.

Decatur Police Chief Nate Allen said that the police officer punched store owner Kevin Penn because he thought he and his fellow officers were in danger. After responding to a robbery call, they were met by an armed man who refused orders to put down his weapon. The chief said officers could have mistaken the owner for the suspect.

The incident occurred on March 15 but has recently gained attention after the store’s surveillance footage made its way to social media last weekend.

The video shows a police officer walking into Star Spirits & Beverages, a liquor store located on Sixth Avenue in Decatur in north Alabama, and punching the 47-year-old Penn.

Penn had called police to report a robbery and told police he was holding the suspect at gunpoint. Allen said the police department determined that it had been a shoplifting instead of a robbery–which implies a weapon was used–and that a suspect was arrested.

Penn’s lawyer told AL.com that his client has suffered a broken jaw. In addition, Penn’s his teeth were knocked out, and he had to get his mouth wired shut after the altercation. Body camera video shows officers telling Penn to put down his gun and Penn refusing to do so saying, “I have a right to have my gun.”

The Decatur Police department discussed the incident at a news conference earlier this week. Police did not release copies of the footage but allowed for news reporters to watch and record a screen on which the footage was aired.

The police officer’s name hasn’t been revealed. Allen said he is on desk duty pending an internal investigation. The investigation of the incident is ongoing.

When asked if the punch was proper procedure, Allen said the officers should use the “least amount of force necessary to get the job done.”

“I would much rather have a punch than an officer-involved shooting,” the chief said.

Allen said he chose to show a portion of body camera footage in an effort to be transparent with the public.