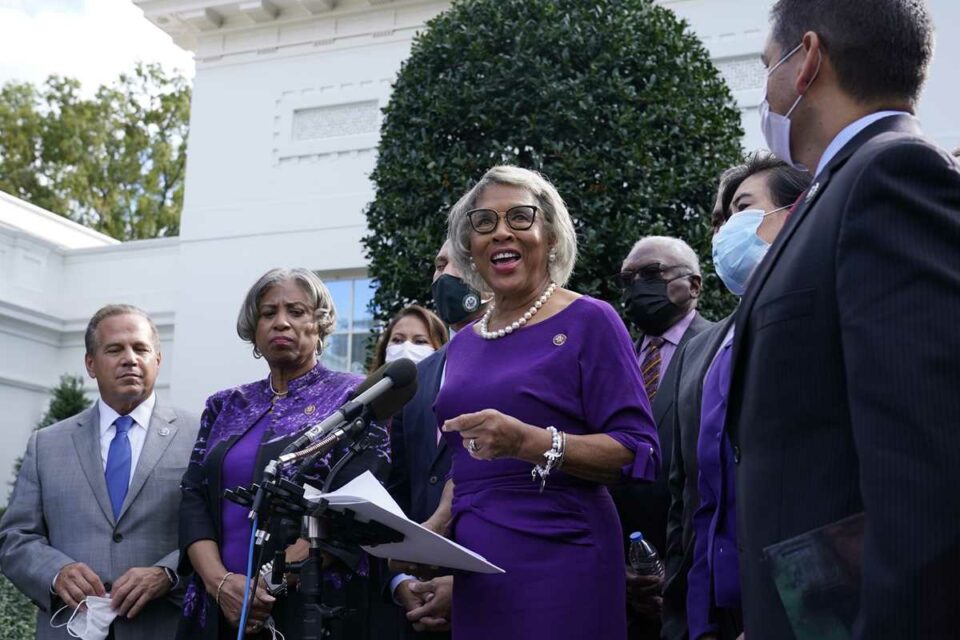 Congressional Black Caucus Chair Joyce Beatty said Wednesday that a number of the group's priorities for Black Americans will be wrapped into the massive bill. (Image: Twitter/@biedexmarkets)

Democrats are scrambling to come to an agreement on the bill. Beatty told reporters the caucus visited the White House to speak with Biden and his senior advisors about the negotiations Tuesday.

Beatty told reporters that the bill includes much of what Black Americans will be fighting including funding for housing, HBCUs, childcare, and extended child tax credit and more.

Rep. Robin Kelly (D-Ill.) told NBC News the caucus has been working to expand Obamacare coverage and make the enhanced Obamacare marketplace permanent. She also added they are also working to get dental coverage for seniors.

According to CNN, Democratic Sen. Chris Coons said West Virginia Sen. Joe Manchin told him the updated framework of the Build Back Better bill is something they can support.

“I’ve heard from both senators, Manchin and (Kyrsten) Sinema, that they believe this is a framework that they can work with, that this is a basis for us moving forward,” Coons told CNN.

The two senators have been a thorn in Biden’s side during his first term as they’ve blocked Climate goals in the bill. Manchin represents West Virginia, which is heavily dependent on coal and fossil fuels. Additionally, both had issues with the $3.5 trillion cost of the original bill and the increase in taxes on the wealthy to pay for it.

Beatty is still optimistic Democrats will come to an agreement on the bill.