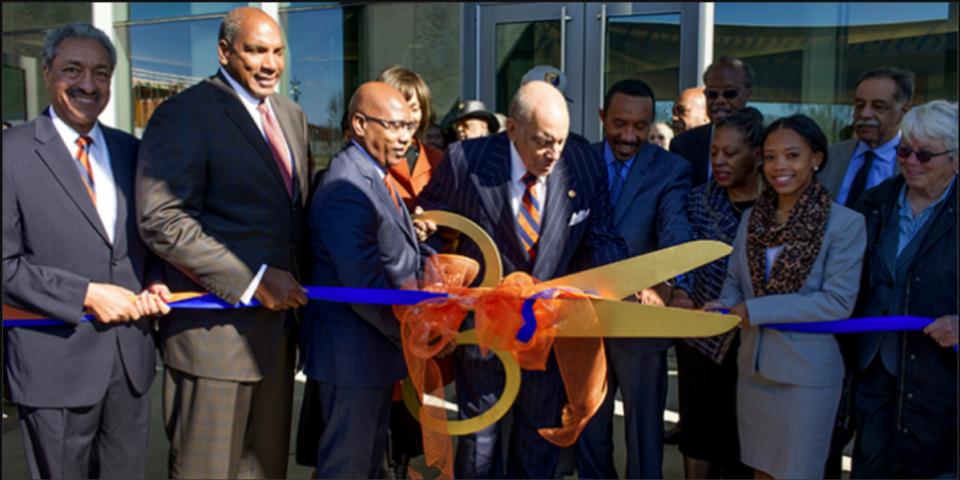 Earl Graves Sr. was a shining example of Black success and leadership and those traits were cultivated during his time at Morgan State University.

The Brooklyn native and champion of Black businesses was part of the 1957 graduating class and left a lasting impact on the Historically Black College and University (HBCU), one that continues to this day.

Graves was a standout at the Baltimore-based HBCU, he was involved in ROTC, a member of the Omega Psi Phi, and displayed his business acumen as a student by striking a deal with several local florists and selling their flowers on campus for a percentage of the profits.

The economics major graduated in 1958 and used the skills he learned at the HBCU to guide him in life. Graves took his ROTC training to the U.S. Army, where he rose to the rank of Captain before leaving the service and serving as an administrative assistant to Senator Robert F. Kennedy.

When Kennedy was assassinated in 1968, Graves turned his attention to his people and never looked back. Graves knew the best way to help his people was to help them do the hardest thing for Black people to do in this country, creating and building wealth.

Graves founded Black Enterprise Magazine in 1970 and the monthly magazine quickly became the prime source of information and advice for Black entrepreneurs, businesses, and those looking to advance their careers.

In addition to interviews and advice from Black business owners, entrepreneurs, corporate executives, and others, the magazine provided a wealth of knowledge, including building and advancing your career, money management, how to build credit, save for retirement, and the benefits of working with Black-owned banks.

Those at Morgan State, including President David K. Wilson, saw Graves continue to grow BLACK ENTERPRISE and benefit the financial success of Black Americans through the magazine, his books, and advice. Graves also never forgot his alma mater, going back to the school on numerous occasions and giving money and time back to the HBCU.

“Earl Graves has done more to increase Black wealth than any other person in the modern era,” President Wilson told Afro.com last year. “He promoted Black entrepreneurs and gave them visibility. Some Black businesses would not have been successful without him.”

Leaving a Legacy At Morgan State

Graves’ legacy at Morgan State continues to this day. The Earl G. Graves School of Business Management offers an array of programs, including bachelors, masters and doctoral degrees. More than 90 percent of the school’s faculty has a Ph.D. degree in their discipline and the school features two state-of-the-art facilities.

The school’s Capital Markets Lab is a state-of-the-art financial electronic lab that delivers real-time market data feeds, news, and news analysis from exchanges, brokerage houses, media, and financial services. The school also features the National FinTech Center, a center of excellence and the hub of the HBCU Blockchain and FinTech Network that actively engages faculty and students at all HBCUs in research, curriculum, and education in Blockchain and FinTech.

Graves Sr. made a $1 million gift to Morgan State University in 1995, which was the largest single donor at the time to his alma mater.

Family and friends of Graves are also celebrating the life and legacy of the entrepreneur, corporate board pioneer, activist, and philanthropist at Morgan State University on April 6.

Graves died in 2020 at 85 after a long battle with Alzheimer’s disease. His son, Earl Graves Jr., carries on the mission of BLACK ENTERPRISE today as the number 1 Black digital media brand.