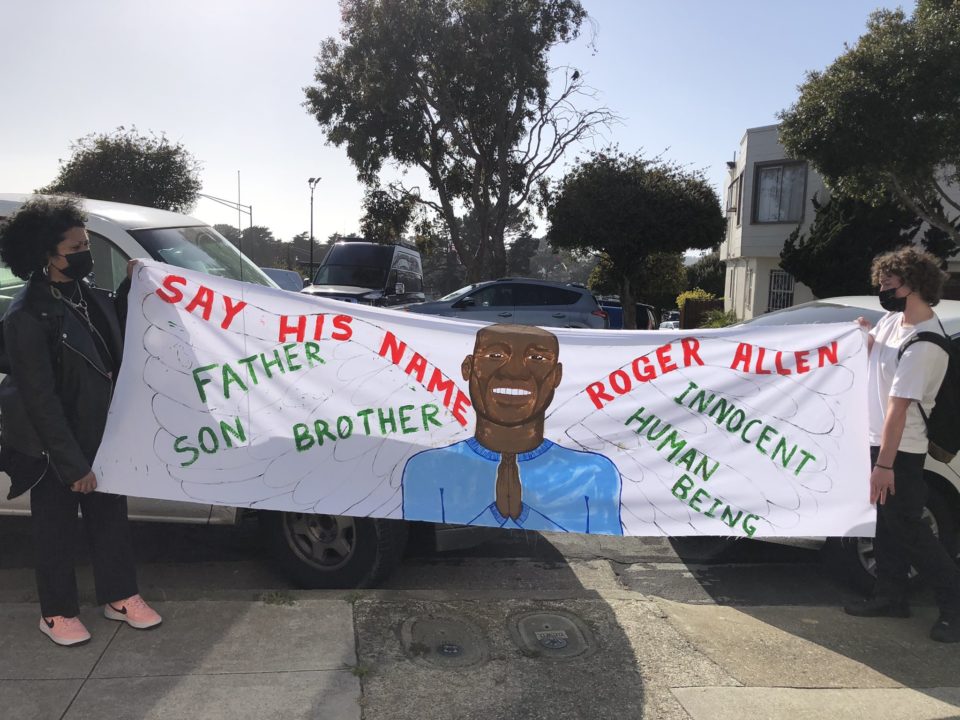 The family of Roger Allen demands answers to how exactly their loved one passed away from an encounter with the police.

On April 7, Allen, a 44-year-old Black man who lived in San Francisco, was fatally shot by a police officer in Daly City, California. The officer was routinely patrolling the area until he saw Allen with what the officer believed was a gun, San Francisco Examiner reported.

It turns out it was a BB gun, an air-powered toy rifle.

Allen was shot in the chest with the toy sitting on his lap and died in a San Francisco hospital. The killing of Allen is being compared to Daunte Wright of Minneapolis, Brooklyn Center, who was shot on April 11 after an officer allegedly mistook her gun for her taser.

In Daly City, dozens of supporters gathered to demand transparency in the Allen case, holding up signs supporting the Black Lives Matter movement and describing Allen as innocent.

“My family wants the truth and we want justice,” said Talika Fletcher, Allen’s sister. “There’s too many Black brothers and Black sisters out here dying behind cops. It’s not fair, regardless of what color they are it’s not fair. You are supposed to protect us, not kill us. Now we are scared of y’all.”

City officials do not want to release the officers’ names because the department said it is an ongoing investigation. However, the county prosecutors gave out information on what might have occurred.

Alongside two others, Allen was sitting in the front passenger seat of a parked truck. When the police approached the vehicle and asked the driver if he needed help with a damaged rear tire, a fight between one of the four policemen and Allen broke out because the officer wanted to confiscate the toy.

San Mateo County District Attorney Steve Wagstaffe said, “What appeared to be a Glock firearm, [one of the officers reached into the truck and grabbed Allen’s hand as well as the gun in an attempt to] “prevent it being fired at the officers or the other vehicle occupants.”