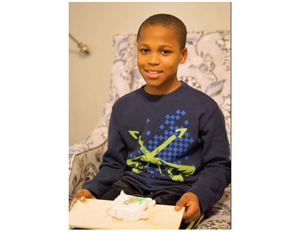 While most fifth-graders are interested in things like video games, Bishop Curry V is inventing. The Texas fifth-grader created a prototype device that is designed to prevent children from dying in hot cars. Young Curry’s device attaches to a child’s car seat. It senses if a child is left in the seat and blows cool air until the child is rescued.

His invention is currently in clay form and drawings, which he made with his father, and it has sparked interest. The Anna-Melissa Tribune reports that Toyota invited Curry to the Toyota Technical Center in Detroit. He was shown how the manufacturer safety tests its vehicles. The young man was also asked to present his idea at the Center for Child Injury Prevention Conference.

Curry was inspired to create the device, after a six-month-old baby in his neighborhood died after being left in a hot car.

Hot car death of babies and pets are tragically common in the summer months. CNN reported that the number of children dying after being left in a hot car tripled in 2016.

Curry’s father filed a patent on his son’s idea. The senior Curry has also met with lawyers about creating a working version of the device. He told The Anna-Melissa Tribune that $20,000 would be needed for development and manufacturing.

“The cool thing about Bishop’s thinking is none of this technology is new,â€ he told the newspaper. “We have things to alert our phone, we have ways to provide either cooling through a fan or through an air conditioning system. We have ways to detect weight. So none of it is new, so we feel like the way he’s thinking and combining all these technologies will get to production faster than if it’s something that is a brand new type of technology.â€

Read the full story at The Anna-Melissa Tribune.Â