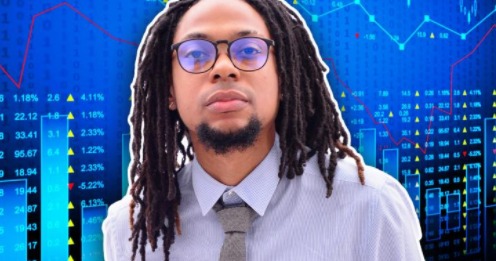 Look out, banks. You have some competition.

Anade Davis is the founder of The World Data Science Institute (WDSI), which is currently raising funds to launch a platform for lending and borrowing called CryptoShare.

Thus far, $24,100 of a $60,000 goal has been raised on the Wefunder crowdfunding portal. Investing as little as $100, and spreading the word were helpful ways of boosting Davis’ efforts, according to Shoppe Black’s interview.

“Cryptoshare is a crypto lending platform specifically targeted to minorities and underserved communities across the USA, Africa, and South America,” Shoppe Black reported.

Davis explained to Shoppe Black that he has struggled with credit and access to funding for his businesses for years. Traveling to different countries made him realize how many people were dealing with the same struggles internationally. The global banking and credit system, he said, excludes scores of people, but just $1,000 is enough in many countries to a business.

RELATED CONTENT: Dogecoin Bites Back, The Canine Crypto is Surging in Price and Value

“Over a billion people of color around the world do not have access to financial instruments such as credit, banks, and loans,” Davis said. “Our users will be able to access immediate funds utilizing cryptocurrency ATMs, cellphones, and/or computers.”

Davis told Shoppe Black that he was inspired to take action by creating an international peer-to-peer lending solution for people around the world—utilizing cryptocurrency and ATMs—to enable people to have access to funding without going to a bank or completing a credit check. In the interview, CryptoShare was described as the first African American owned peer-to-peer cryptocurrency lending company The data scientist also mentioned Cryptoshare makes lending more accessible to everyone since users do not have to open a bank account, know about their credit score, or have their income considered.

“It is convenient,” David said. “The only document borrowers will need to provide is their ID,.”

Learn more about CryptoShare by watching this video.