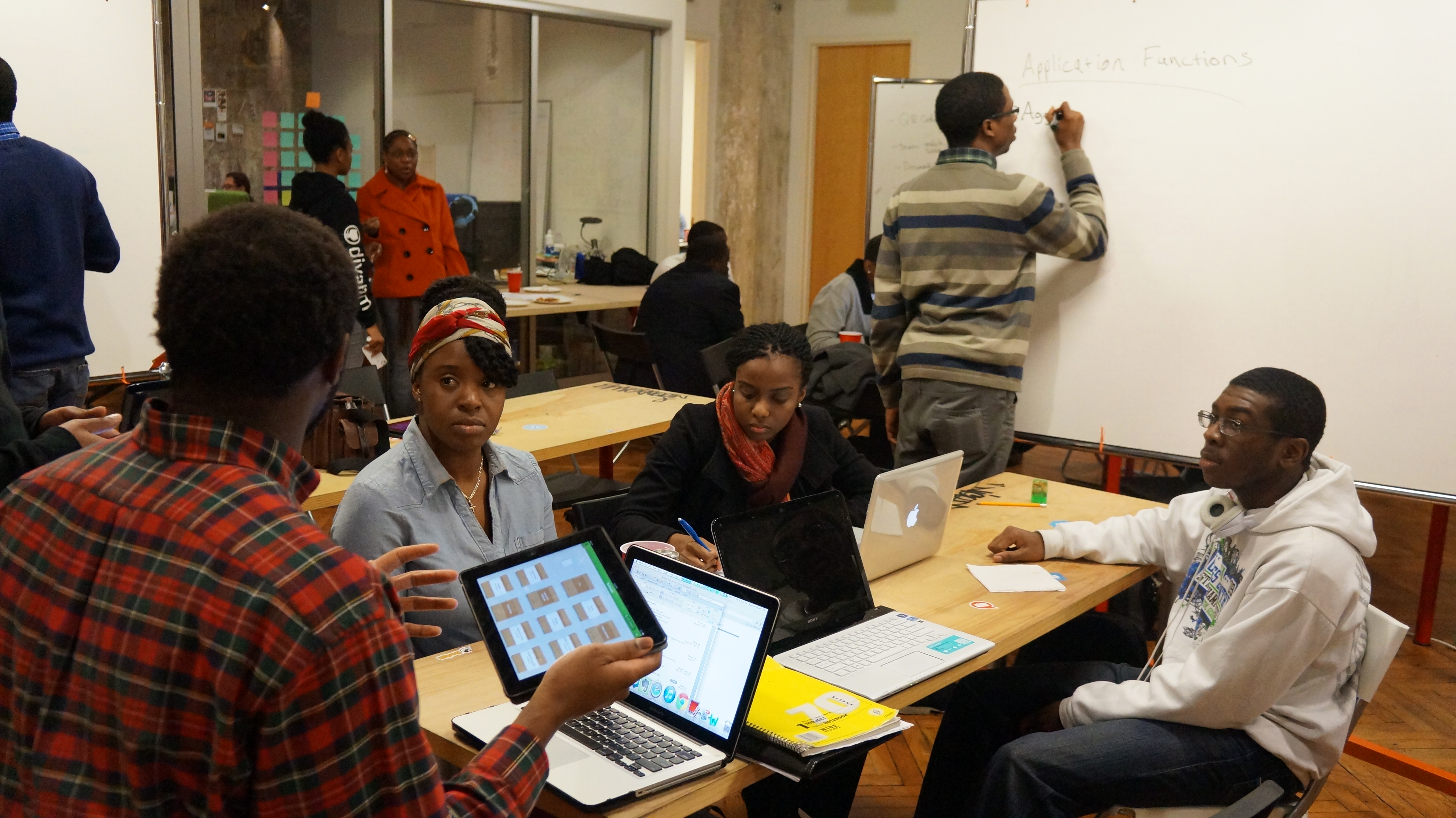 Participating in a hackathon is a magical thing. It doesn’t matter if you’re a programmer, designer, marketer, or the person with all the ideas, everybody involved is motivated to put their heads together and create something awesome in an incredibly short amount of time. A hackathon can last anywhere from 24 hours to an entire weekend, and participants compete to create software, websites, and/or mobile apps. More importantly, participants learn how to communicate, think analytically, and solve problems–skills they can use if or when they decide to take their idea beyond the competition.

Unfortunately, many African-American students are not familiar with hackathons, and likely have never step foot in one. It’s that very reason Black Founders, a San Francisco-based organization dedicated to promoting diversity in the technology industry, created a one-day hackathon event entitled HBCUHacks to raise awareness about hacking on historically black colleges and universities.

The first HBCUHacks event took place in Atlanta at Hypepotamus, an entrepreneurial startup and collaboration facility, on Feb. 8-9. Black Founders reached out to all the Atlanta University Center students, which include Morehouse College, Spelman College, and Clark Atlanta University, to participate.

“In San Francisco, there are hackathons almost every weekend. From many of those events, actual startup companies are born,” said Black Founders co-founder Hadiyah Mujhid. “Now students at Ivy League colleges are doing their own hackathon competitions. One of Â [the] focuses of Black Founders is to include the black community in tech entrepreneurship, so it seemed like a natural fit to outreach to black students, so why not start at HBCUs.”

The tour’s goal is to introduce students to what a hackathon is, get them to come up with several innovative ideas, split up into teams, create a product and pitch the product to win cash and prizes. Additionally, students will be introduced to local entrepreneurs and network with sponsors for possible internships and job opportunities.

Close to 15 students showed up, many of which didn’t know what to expect, but were willing to put in the work. Mike Westbrooks, a recent Morehouse grad, was somewhat familiar with a hackathon and thought he should attend.

“Everyone has an idea,â€ said Westbrooks. “Events like these bring all those ideas together, gives [participants] a good pool of resources to turn that dream into reality.â€

Technical evangelist for Microsoft Tara Walker represented the software company at the event. “It’s all about exposing African-American students to all the resources that are available,” said Walker. “[Microsoft] is not looking for a percentage stake in what the students create as a result of events like these; we just want them to create.”

Mujhid says the ultimate goal of HBCUHacks is to get HBCU students to organize hackathons on their own–with support from Black Founders–in order to students excited and interested in STEM-related paths and opportunities.

The next tour stop is at Howard University. That HBCUHacks event will happen on Feb. 15 and 16. For more information on tour dates, visit the Black Founders website.