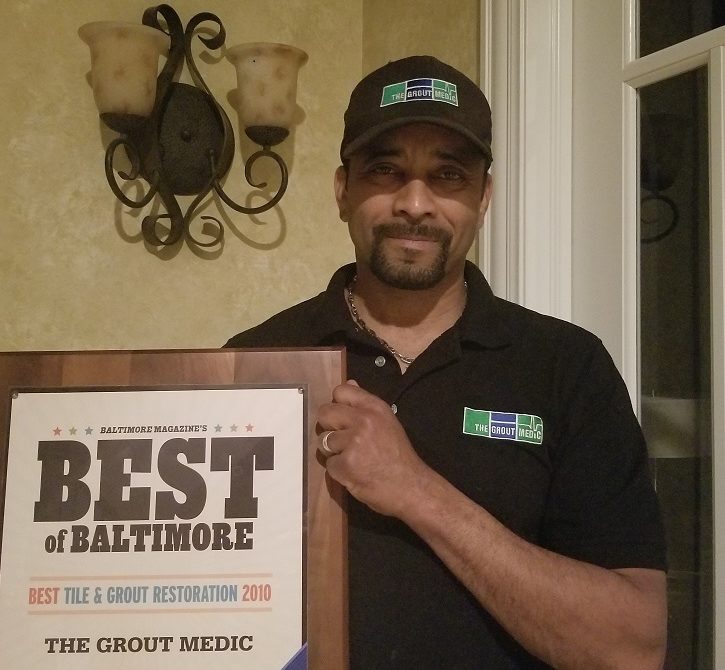 Starting any business, including a franchise, is a challenge. But try starting a business, growing it to generate $400,000 in sales annually, selling it, and then starting that same business in another part of the country. The word challenge doesn’t even begin to describe that scenario, but Alvin Stevenson has done it and has some incredible insights to share. Stevenson purchased his Grout Medic franchise in Baltimore in 2003 after a spending 19 years in retail management. Grout Medic is a leading grout and tile restoration franchise.

The thought of going into business for himself was more than daunting but something Stevenson knew he had been preparing for his whole life. He looked at multiple franchises but eventually settled on The Grout Medic because as his wife said, “this looks like something you will stick with.”

“I knew I wanted to do a franchise because the failure rate is a lot lower than self-startups and it would be a quicker turnaround on my investment,” said Stevenson.

Profitable from Day One

After opening, Stevenson hired an employee but on days where there wasn’t enough work, he did the work himself—and managed expenses and payroll tightly.

He redistributed his ad investment so that it reached more households, with only a slight increase in cost, and this increased his sales significantly. By leveraging his advertising he was able to hire another employee and still put extra money into his own pocket. In business, every dollar saved is a dollar earned.

“You can’t simply accept the pricing that a vendor gives you upfront,” he advises. “Dig deeper and learn more about what you’re buying, and you can probably get more for your money.”

Selling and Starting Over

Stevenson owned his Grout Medic franchise in Baltimore for eight years. He sold it and moved to the Chicago area. Starting a new Grout Medic seemed natural as he had done it successfully before. When he arrived in Chicago, he learned that the three previous Grout Medic owners were unsuccessful in the same location.

With money coming in monthly from the sale of his Baltimore location, he used online advertising to grow his business organically by building his reputation online and getting referrals from existing customers. He then hired and trained new employees to do the work while he focused on sales and profitability.

Now in Chicago for just over seven years, Stevenson says his goal isn’t to be the biggest, but the most profitable. That means that it’s important that he not take on too many jobs, so in the event that an employee is sick or decides to quit, he can step in and do the job—never skipping a beat.  “I train all of my employees and I won’t send someone to your house that I wouldn’t send to my own house,” he says.