Brandon Mitchell, juror 52 in the Derek Chauvin trial, gave the first public statements of any of the jurors in the trial this week. Since the verdict, Mitchell has conducted several interviews on what he saw and experienced.

Mitchell, a high school basketball coach in Minnesota, said he and the other 11 jurors were unaware of the racial tension during the trial as they did not watch the news during the time.

“We were really just locked in on the case,” Mitchell told Robin Roberts Wednesday on Good Morning America. “I mean, those things are just so secondary because you’re literally, throughout the trial, watching somebody die on a daily basis, so that stress alone is enough to take your mind away from whatever’s going on outside of the four walls of the courtroom.”

Former Minneapolis police officer Derek Chauvin laid his knee on the neck of George Floyd for almost nine minutes while arresting him on May 25, 2020. The situation stemmed from a dispute that Floyd used a counterfeit $20 bill.

Floyd was handcuffed when Chauvin laid on his neck and screamed for Chauvin to get off him and eventually cried out to his mom before going unconscious. The incident along with the death of Breonna Taylor led to a resurgence in the Black Lives Matter movement last summer.

Last week, Mitchell and the rest of the jury found Chauvin guilty of second and third-degree murder and second-degree manslaughter.

Additionally, Mitchell told CNN he noticed Chauvin’s attitude changed from confident to confusing as the trial continued. The one look Mitchell said he didn’t see from Chauvin throughout the trial was one of remorse.

Many civil rights groups and individuals celebrated the Chauvin verdict and saw it as a turning point in the country concerning policing. However, Slate reported within 24 hours of the verdict, six more Black people were shot by police officers across the country.

Mitchell also told ABC News the deliberations were straight forward and that he felt Chauvin not testifying on his defense may have hurt him, because jurors wanted to know his mindset during the incident.

“There wasn’t too much banter back-and-forth,” Mitchell told ABC. “I think the one juror that was kind of, I wouldn’t say slowing us down but was being delicate with the process more so, was just kind of hung up on a few words within the instructions and just wanted to make sure that they got it right.” 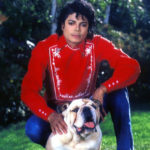 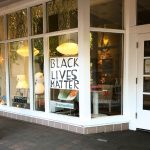