Superbowl Sunday: Why Aren't Black Men Leaders On The Field & The Boardoom? 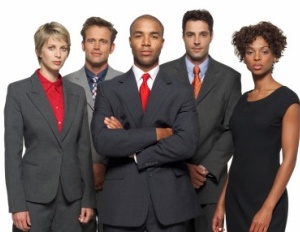 The study concludes that black leaders are not evaluated comparably to their white counterparts, resulting in severe consequences for black organizational members and also finds that bias against black leaders is sustained because the way evaluators subscribe to stereotypes. In short, if a black quarterback leads his team successfully, he’s a gifted athlete, not a great leader. But if he fails, he’s a poor leader. “A problem I find in here, is regarding how African Americans are perceived,â€ says Rosette.

According to Rosette, this is an example of compensatory stereotypes, as they compensate for a negative stereotype, but does not conflict with that negative stereotype. So we looked at it in college football, and that compensatory stereotype would be athleticism.Â  So the African American quarterbacks, who are leaders on the field, and have led their team to victory, they have led successfully, are not described as good leaders, but instead are described in this compensatory term, which is athleticism, and there are several examples in terms of how this could move from the football field to the actual corporate environment.

According to the data, an African American who is placed in a leadership role as a quarterback must contend with certain perceptions that they’re going to have to overcome simply because they are not expected to be in that role, and secondly are not expected to do well in that role. While there’s currently an African American in the White House, Obama represents more of an aberration than a trend. “I think what would cause a change is, when the expectations of the race of our leaders changes,â€ says Rossette. “When you think, what’s going to be the race of our next president after Obama? I can probably guess, most people in general would say it’s probably going to be another white person.â€