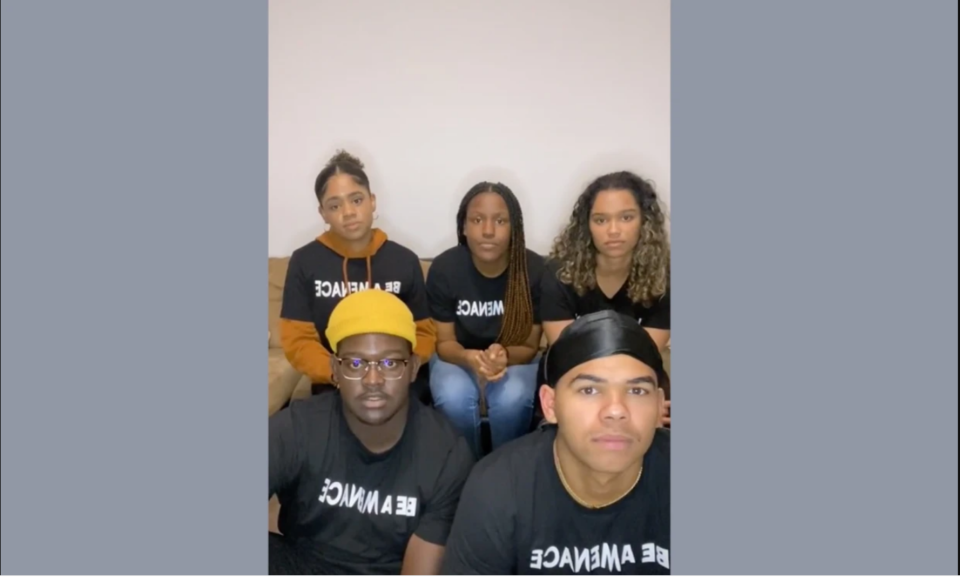 A group of Black Mormons at Brigham Young University (BYU) in Utah, known as the Black Menaces are using Tik Tok to put students on the spot with questions about race, identity and politics.

NBC News reports the Black Menaces are a group of four Black students at BYU, Sebastian Stewart-Johnson, Nate Byrd, Kylee Shepherd, Kenneth Dorsey and Rachel Weaver. The Black Menaces make up the majority of the Black population at BYU, which is less than 1 percent and felt constant pressure to educate their white peers about their experiences and lives.

The group saw the school’s Black student union try to make changes on campus but little changed,m so they took matters into their own hands, posting videos questions BYU students on the Civil War, how much Black history they learned in high school, if BYU is an inclusive school and if sexism, reverse racism and White privilage exists.

“The Black Menaces aren’t affiliated with BYU, so they can’t hold our voice back,” Stewart-Johnson, a sophomore told NBC News. “We wanted to highlight everything that we go through in a way that millions could see it.”

The group’s videos have become wildly popular on the campus pushing debate about the school’s honor code and across the country as the account has more than 670,000 and 23 million likes on their videos.

BYU is directly affiliated with The Church of Jesus Christ of Latter-day Saints, otherwise known as Mormons and their population is overwhelmingly White, As of 2018, just 6 percent of the 16 million Mormons worldwide are Black.

Byrd, who is the president of the Black student union said the group has met with a variety of school officials and administrators about the experiences and challenges Black students on campus face. BYU’s Committee on Race, Equity & Belonging was formed during the height of the 2020 Black Lives Matter movement.

The committee released a report in February 2021 recommending a litany of reforms and changes, but according to Byrd the University hasn’t followed through on any of the recommendations.

“These are significant steps requiring dedication and commitment by the university,” BYU told NBC in a statement.

The Black Menaces have no plans to stop making videos, hoping that one day the opinions and testimonies of BYU students will bring about change.