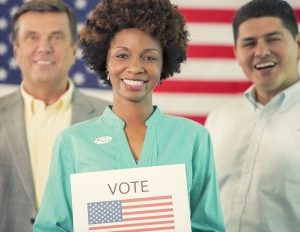 A Day of Black Radio Solidarity: Driving Souls to the Polls is a one-day national non-partisan campaign encouraging people to “get out and vote.” Using the collective media voice of black radio to increase the number of African American, Latino, and disenfranchised voters in this year’s election, on November 8, urban, old school, and hip-hop radio will come together for this act of unity.

The Purpose of the Initiative

The campaign will provide non-partisan voter education, and the black radio community will connect with local partners, like the National Pan-Hellenic Council, NAACP, National Urban League, National Action Network, League of Women Voters, National Council of Negro Women, National Bar Association, and other active organizations. These organizations are equipped to answer specific, voter-related questions, such as where to vote if you have recently relocated, or how to vote if you are now off of parole.

According to a press statement from Sheryl Underwood Radio, “There are millions of people who are not registered to vote, but who want to vote; and there are millions of people who are registered to vote, but are so disillusioned, that they are considering not voting at all. Some ex-offenders, who are now off of parole, don’t realize that their voting rights are restored after they are no longer on parole. Everyone who is legally eligible to vote, should vote.”

Many have already agreed to joinÂ Sheryl Underwood, host ofÂ Sheryl Underwood Radio and also a co-host onÂ The TalkÂ on CBS, in uniting black radio on behalf of this call-to-action, including:

“I called my brothers and sisters in radio and personally invited them to join me in this day of black radio solidarity. It is our duty to unify and effectuate the plan. It was so refreshing to hear Tom Joyner, Steve Harvey, Big Boy, Sway, Russ Parr, Michael Colyar, J. Anthony Brown, Sam Sylk, [the] CAFÃ‰ MOCHA SHOW, Dede Mcguire, and KJ ‘Midday’ Bland [all] say yes on the first call! No one turned me down. We have reached out to Donnie McClurkin, Erica Campbell, Roland Martin, Ricky Smiley, Rev. Al Sharpton, Willie Morton, Jr., Walt Baby Love, DL Hughley, The Breakfast Club and Charlamagne Tha God, Keith Sweat, all historically black colleges and universities (HBCUs), all low power stations, and all gospel stations. We know that they will all join the Black Radio Day of Solidarity,â€ UnderwoodÂ said in a statement published on mysoulradio.com.

The Call-to-Action for a Day of Black Radio Solidarity: Driving Souls to the Polls

According to radiofacts.com, the campaign includes the following five-point call-to-action:

The day will end when the president-elect delivers their acceptance speech.

Visit the official website for a Day of Black Radio Solidarity for more information and links to participating radio outlets.