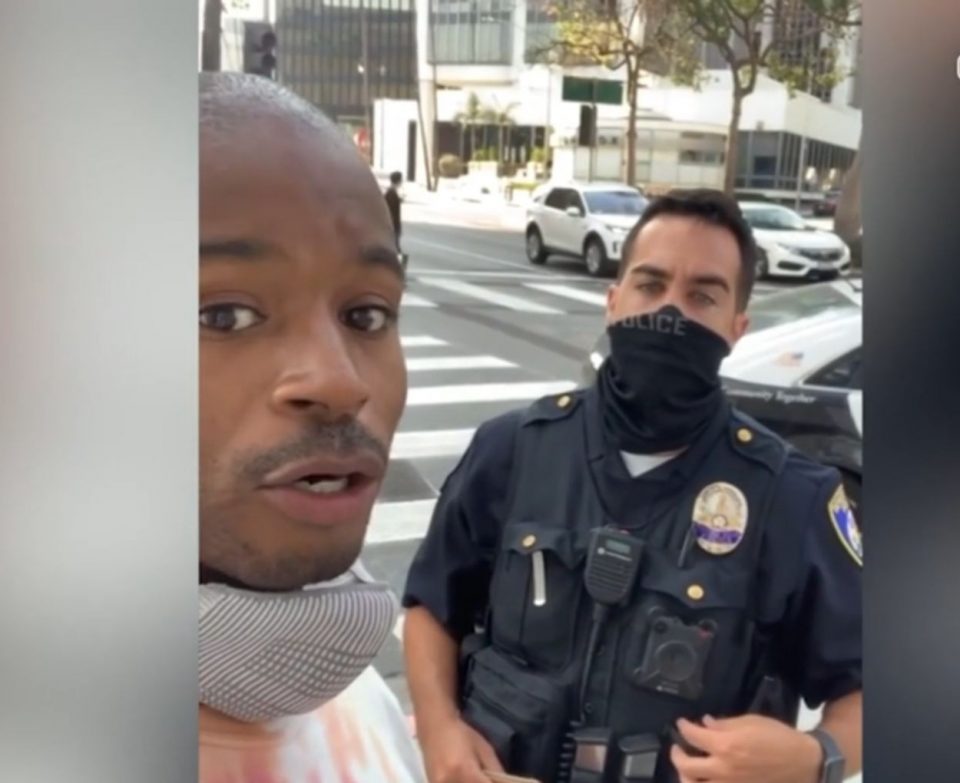 Earlier this month, a Black Versace executive said he was stopped and searched by police officers while walking in Beverly Hills just for being Black, according to CNN.

The Beverly Hills Police Department said it stopped Salehe Bembury, the vice president of sneakers and men’s footwear for Versace, for jaywalking near the city’s famed luxury shopping district.

“BEVERLY HILLS WHILE BLACK. I’M OK, MY SPIRIT IS NOT.”

“I’m in Beverly Hills right now and I’m getting fu***** searched for shopping at the store I work for and just being black,” he said in the video.

BEVERLY HILLS WHILE BLACK. I’M OK, MY SPIRIT IS NOT.

The police department released body camera footage of the October 1 encounter between Bembury and the police officers last week. It also released a statement on the incident.

“Mr. Bembury admitted to the pedestrian violation and told the officers he was looking at the GPS on his phone to determine where he was heading. The entire detention lasted about 3 ½ minutes. Mr. Bembury consented to a search, was cleared of any outstanding warrants, and released with a warning. No citation was issued

“The Beverly Hills Police Department is committed to promoting traffic and pedestrian safety and has issued 61citations related to pedestrian violations since January.”

“I am appalled this happened to Salehe Bembury today. He has been a consultant at Versace for a long time and the behavior he experienced is totally unacceptable. He was stopped on the street solely for the color of his skin. Stay strong @salehebembury. Sending you love and support x”