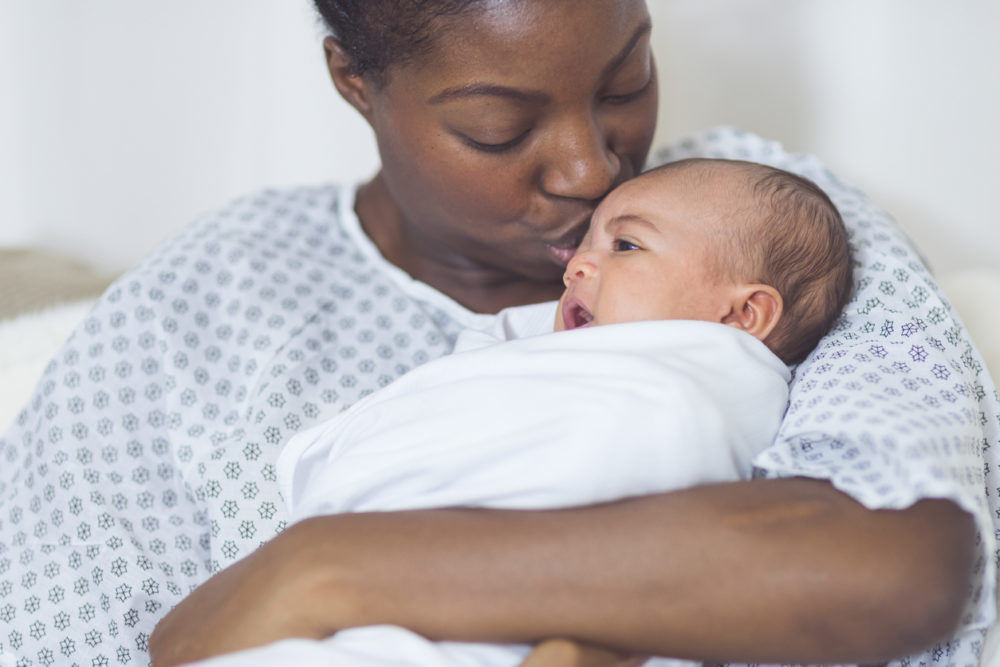 It’s Women’s History Month, and black women have especially enjoyed a stellar 2018 in the spotlight for their strength and tenacity (Black Panther, anyone?), clever business savvy, CEO boss moves, and buying power.

But when it comes to one of the most important jobs in the world, there’s a major challenge that impacts the world’s future. Giving birth to the next generation of great black leaders has become a life-threatening experience for many.

According to research, African American women are 3 to 4 times more likely to die from pregnancy-related complications than white women. The reasons include disparities in access to healthcare, discrimination in poor or rural communities, and budget restrictions on free or low-income clinics that service women. Also, risk factors that lead to complications such as diabetes, hypertension, and obesity affect black women at higher rates than their white counterparts. This issue even has public faces in that of Erica Garner and Kyira Adele Dixon. Erica, the daughter of Eric Garner, died after a heart attack just three months into welcoming the birth of her son, and Dixon, the daughter-in-law of Judge Glenda Hatchett, died hours after having a C-section birth.

“One black woman dying after childbirth is one too many,” says Monica Raye Simpson, executive director of SisterSong: The National Women of Color Reproductive Justice Collective. Simpson is a certified doula and co-chair of the March for Black Women, and she has made it her life mission to raise awareness, gather resources, and advocate for changing stigmas and saving lives.

Black Enterprise talked with the activist about how black women can tackle the challenge head-on and beat the issue of maternal mortality:

Black Enterprise: What led to a focus on this issue and what challenges are specifically affecting black women?

Monica Raye Simpson: In 2014, we started to get information from researchers—those in the public health field—about the fact that maternal mortality was on the rise in this country and that it was impacting black women more than any other population. We started to dig in as a national organization based in the South, we really wanted to understand what was happening [specifically] in our Southern regions where there’s the largest populations of black women. That’s where we saw the shocking statistics, that black women were dying at a rate four times higher than white women. As the most industrialized country in the world, with all this wealth, you’re kidding me.

We didn’t want to just look at this from just a stats perspective. We wanted to understand the stories of black women to get to the root cause. We held focus groups in two of the states at that time that had two of the highest rates of maternity mortality: Georgia and Mississippi. We sat and talked with women about their [life experiences related to reproduction], from what [information they learned about] sex education…to post-partum, asking them about their stories. What we got from this was that it didn’t matter if the woman had the most education, if her social economic status was more upper-middle class or working class—what mattered was that she was a black woman and [the stories were similar] in the way they were treated when they went in for care. So many talked about how they were not given access to all information and because they had not, necessarily had the access, they were dealing with immense amounts of pain, infections, and near-death experiences. It was simply due to being treated differently because of the color of their skin.

How can black women empower themselves as patients and expectant mothers when they go for doctor’s visits?
We need to start sooner with comprehensive sex education and [change] how our girls are learning about their bodies and what happens to their bodies in pregnancy. If we cut that off and only start at the current problem in adult women, we’re not going to see numbers decrease—we’ll see the next generation dealing with the current problem again.

Also, we need to demand access to information. Demand it from our medical professionals. Be a patient advocate for ourselves. Ask questions of the system. Be prepared for that when you come in the room. We get such a short amount of time with our physicians, so we have to maximize that time and come in strategic. Let them know different scenarios of what’s happening—that’s important.

And let’s create a community among black women for us to be in constant communication with each other. On social media, there are awesome groups, [such as] Black Mamas Matter, an alliance of black women researchers, activists, and doctors. We have to be more connected to one another—in organizations and those working on the ground—and share our stories. I wrote a post on Facebook for example… I’m 38, I want to have a baby, I’m a professional, I’m single, I’m also queer, so there are a lot of different factors that come to play for me in terms of starting a family. So many questions come up; it’s about me being vulnerable enough and brave enough to share my experience. [That post] created an online community [of support and sharing information].

We should not have to lose our lives to bring life in this world, especially when the [risk factors] are rooted in systems of oppression and lack of access [to information] that can actually be eliminated.