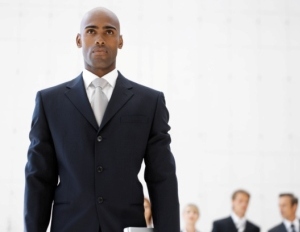 The number of blacks serving on the boards of the nation’s 100 largest publicly traded corporations dropped steeply between 2004 and 2010. During that time African Americans lost more than 40 board seats while white men increased their presence on corporate boards, adding more than 30 seats, according to the report Missing Pieces: Women and Minorities on Fortune 500 Boards–2010 Alliance for Board Diversity Census.
Together African American men and women make up 6.3% of corporate directors.

The lack of gender diversity on corporate boards continues to be a problem as well. Gains made by women overall were relatively flat, at 1.1 percentage points, with men still accounting for more than 80% of all board seats.