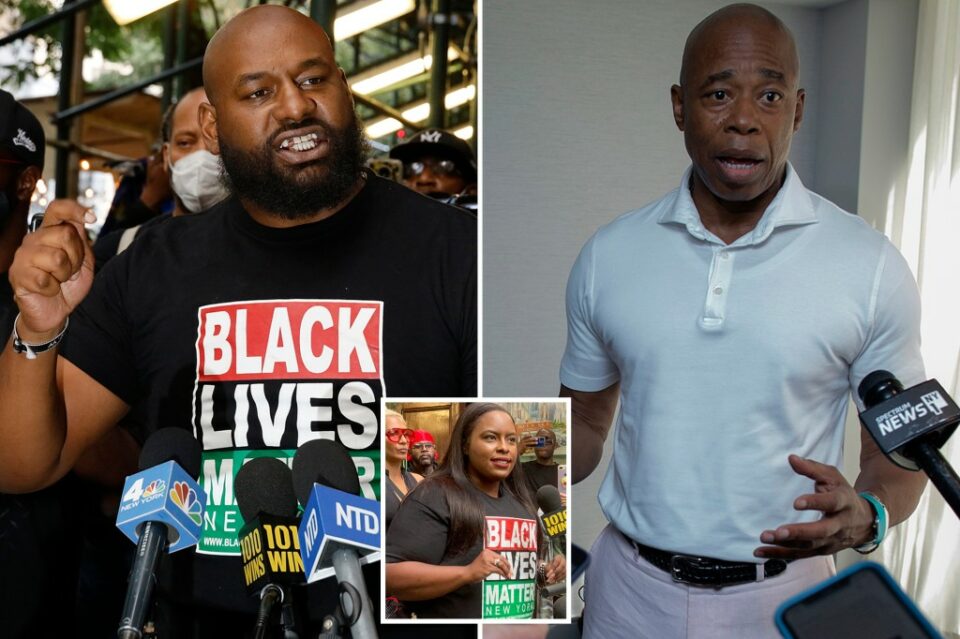 New York City Mayor-elect Eric Adams has yet to step into City Hall but is already upsetting the city’s Black Lives Matter (BLM) chapter as he considers reinstating a plainclothes police unit.

During his campaign for mayor, Adams, a former NYPD captain, discussed reinstating a revised version of the plainclothes unit to curb gang and gun violence in the city. The unit was disbanded last summer by Commissioner Dermot Shea amid the BLM protests.

“If they think that they’re going to go back to the old ways of policing, then we are going to take to the streets again,” Newsome told PIX11. “There will be riots, there will be fire and there will be bloodshed, because we believe in defending our people.”

Newsome, along with his sister and a group of activists, held a rally outside Adams’ Brooklyn office Thursday.

Adams, showing he’s not your average mayor, invited the group inside his office to sit down and meet.

Adams made public safety a top priority and added that as a Black man and a former NYPD officer, he was the best candidate to decrease crime while protecting the rights of Black and Brown residents.

However, Adams also showed no indication that he was delaying or destroying his plans to reinstate a plainclothes unit, vowing to move forward with his plans. The mayor-elect added that the majority of residents do not feel the way the group does. Adams also suggested group leaders misinterpreted the substance of the meeting, saying the reinstatement of the unit or the group’s opposition to it was never discussed.

“If it would have come up in the meeting, I would have stayed in the same position I’ve always had, and they knew that,” Adams told reporters, adding, “people tell different stories when they go outside.”