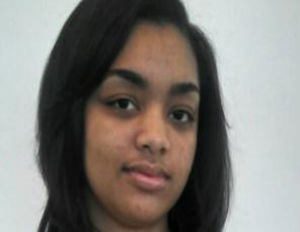 A jury found former Bowie State student Alexis Simpson not guilty this past Thursday in the fatal stabbing of her roommate Dominique Frazier in September 2011.

On Sept. 15, students were preparing for a homecoming comedy show when Simpson and Frazier got into an argument over loud music playing from Frazier’s iPod.

The two had had a number of fights that semester. The attorney for the defense said Simpson told dorm management, “They are threatening me, and I’m afraid they are going to jump me … I just want to change rooms.â€ But her request was denied.

“She (Dominique Frazier) slammed the door and hit me in my face with the door pretty hard … It caused my head to jerk,”Â Simpson said on the witness stand. “She opened her door and stepped out … She said ‘What’s up?’ and started to swing. She uppercut me while holding my hair.â€

In the fight that continued, Simpson took out a pocket knife to defend herself and cut Frazier’s neck in the scuffle.

“Kiaira (Johnson, the victim’s friend) began to attack, pulling me by my hair, and I was scared,” Simpson said on the witness stand. “I did not know what they were going to do next. They continued to hit me, so I swung the knife … Then Dominique stopped swinging and grabbed her neck and blood was coming out, and I just wanted to help her.â€

Read more and watch the video at NBC.