Brian Reaves Is Re-Engineering Diversity and Inclusion at Dell 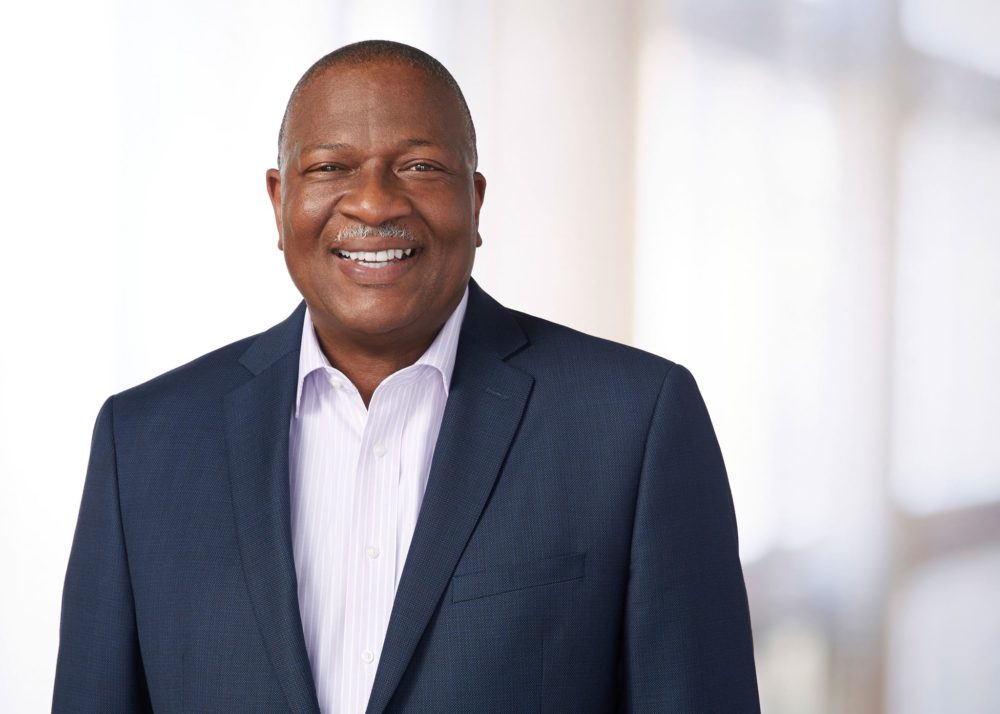 “The goal is for Dell to become the employer of choice for all. Our leadership realizes D&I as a business imperative and its shift from something you do to who you are at every layer of your business.”

Having served in a number of engineering and tech positions for more than 20 years, Brian Reaves decided to use his analytical mind and varied experiences to make a lasting impact on diversity and inclusion. He first made the transition from product design to overseeing D&I at software solutions giant SAP in 2016 before his appointment last September as chief diversity and inclusion officer for Round Rock, Texas-based Dell Inc., which generated revenue of $61.6 billion and employed more than 130,000 workers in 2017. From re-engineering the company’s recruitment process to tackling unconscious bias, Reaves has used his skill and reputation as an innovator and technologist to “merge both worlds” to continue the shift of D&I being viewed not as ‘a social thing’ but as a business imperative.”

In this exclusive, edited conversation, Reaves shares how he went from what he calls a “Boyz N the Hood existence in South Central” to disrupting Silicon Valley, and he discusses the need to create a metric-based D&I model and change the attitudes of managers in order to improve customer service, make employees more productive, and spark continuous innovation at the tech giant.

Diversity and Inclusion: “A Fundamental Shift Is Going On”

It’s been roughly two years since Dell’s merger with EMC. Where does the diversity and inclusion process stand at the company and what direction is being taken to enhance it?
Dell has brought together the best and the brightest to drive the company forward. The goal is for Dell to become the employer of choice for all. Our leadership realizes there’s a business imperative and its shift from diversity and inclusion being seen by many as something that you do versus D&I is definitely who you are at every layer of your business. It’s what our customers care most about. It’s what’s going to drive innovation. It’s what drives employee engagement. It’s what drives employee retention. It’s what drives top-line revenue and bottom-line margins.

So, we’re at this pivotal point where Michael Dell and our executive leadership team understand that a fundamental shift is going on, and hence hiring a person like myself to be able to drive with that business lens to accelerate to those opportunities that exist with our customers and with our partners, and certainly going back to recognizing that this is a talent play as well. The demographic of talent is changing significantly. So, if you optimize your talent strategies in a certain way to hire a certain type of person but you don’t realize that talent pool globally is changing or you’re not changing your strategies and tactics to engage that talent and support innovation, then it’s a missed opportunity.

In terms of becoming the employer of choice, tapping talent for greater innovation and competitiveness, how do you frame that in goals and metrics?
First of all, you have to do a prominence assessment. Probably the state of the norm today before making the investment and turning this corner was about how many lists we show up on. We have phenomenal representation. Our supplier diversity spending is $3 billion plus a year so you know we’re at the top of the top there. From an employee engagement perspective, having over 30,000 of our family members in our employee resource groups, which drives the cultural change that goes on and it’s measured there. How we recruit, the fact that we’re one of the top companies for LGBTQ employees. So, those measurements have always been in place and we rank very nicely. Things like our unconscious bias training and the number of people that go through that. We expect to have 100% of all of our people managers take that training by the end of this year; that’s been a metric that has been in place.

We’re now going to that phase of D&I as it relates to employee retention and employee engagement. We actually have some great internal surveys with our employees and those give us good metrics on what are the drivers of retention and engagement. We’re going to formally tie some of those questions that are indexed around D&I to those drivers to determine the impact on the business when that number or that index goes up or down. Then, if you could tie the D&I contribution to that component that drives retention or engagement then you’ll clearly be able to derive the direct impact of those two examples to Dell’s bottom line, which is pretty exciting.

So what’s the potential effect on operations and sales?
From a revenue perspective, we’re beginning to more formally attach the topic to our sales team. Right now, a lot of our customers reach out and, whether it’s in RFI [request for information] or RFP [request for proposal] where they have criteria around D&I that you must meet, they more formally bring up these topics as part of the overall opportunity to engage or the pursuit. To the degree that we do a formal account planning with D&I in mind, we’re going to begin to try to measure what’s the impact of having that proactive D&I pitched and the positioning in our engagement. Did that further expand relationships? Did that open up an opportunity for us? We’ll try to measure what was the impact of D&I to that pursuit and to that win, which is another metric.

How is that measured in terms of innovation and product development?
We are going to look at the entire baseline teams…those that may not be as diverse on whatever number of dimensions, whether its gender, ethnic and cultural diversity, or other ways like the performance and output of those product teams versus those that are more diverse.

We’ve done a good job as measured publicly but there’s some things that we want to do internally to put a finer brush on the impact of D&I to the same KPIs [key performance indicators] that we measure the business on. Again, revenue, innovation, retention, and engagement.

As it relates to culture and practice, we find that many companies that truly embrace diversity, it comes from the top. So how do you ensure that diversity mandate is communicated and connected to each layer of the company from the top down?
One step is to actually help employees really understand the language of D&I, things that happen every day that they’re not being conscious of what they do. No. 2 is going to the strategic level and really trying to drive the D&I narrative into the overall business narrative. Many companies that exist, I think D&I is seen as a sidecar, again, that’s what you do, not necessarily who you are. It’s a differentiator. When we talk about Dell, I don’t want to talk about our innovation but let’s talk about who we are as people. No. 3 is to drive it into our existing strategic imperatives. As an example, most companies talk about digital transformation from an innovative point of view. It’s also the talent transformation. There’s no company on earth that has ever won on technology alone. We believe that D&I is the enabler of that transformation.

A vital part of the talent equation is creating a pipeline. When you were at SAP, you led Project Propel which trained HBCU students for internships and jobs in tech. Is there a similar type of program you plan to implement at Dell?
I fully expect and have already begun to socialize the difference between just going out and recruiting at HCBUs and predominantly black institutions, predominantly Hispanic institutions versus sort of changing the game and giving that talent pool an unfair advantage that not only benefitted them but benefitted us. And that’s what Project Propel was about. Instead of just showing up on campus to have a greater pipeline that derives very little movement in representation because of bias and other things, those kids magically come up as No. 2, or they were really close but we chose this other candidate. But, by empowering them with skills and knowledge that you could be an alien and the company will be attracted to those. And that’s what we did at SAP and fully expect and plan as part of my responsibility to drive a similar program. It’s not in place as of yet fully but I’ve already engaged with our talent acquisition area to talk about those changes.