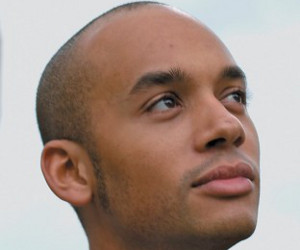 Americans spent $5.5 billion dollars on November 24th, in support of small businesses and independent merchants, making 2012 the most successful Small Business Saturday yet. Seeing the rising popularity as well as the amount of money raised, one official in the UK wonders if they should also adopt the annual event.

The shadow business secretary, Chuka Umunna, has suggested bringing the US initiative overseas, to encourage shoppers to use local shops. According to The Guardian, he’s written to American Express, the founders & sponsor of the initiative — to ask if it could bring it to the UK. He’s even suggested December 7th as the date to hold the event.

“Small businesses are the lifeblood of our economy, play a hugely important role in our communities and add to the unique character of each locality,â€ Umunna said. “We must do more to celebrate the contribution local, small, independent businesses make to our economy and encourage people to buy from them.”

Some critics feel the event is simply a marketing device for American Express, and are reluctant to throw their support behind the event. But Umunna feels the positivesÂ outweigh any negatives associated with the event.

“Establishing a Small Business Saturday in the UK, a concept which has enjoyed considerable success in the US, would provide a small but simple and effective way to celebrate local, small businesses and encourage more people to buy from them on one of the busiest shopping days of the year,â€ he said.

US figures suggest consumers in the UK who were aware of the promotion, which was heavily plugged on Twitter, Facebook and other social media channels, shopped in small & local shops on November 24th in 2012 even without American Express making the event international.