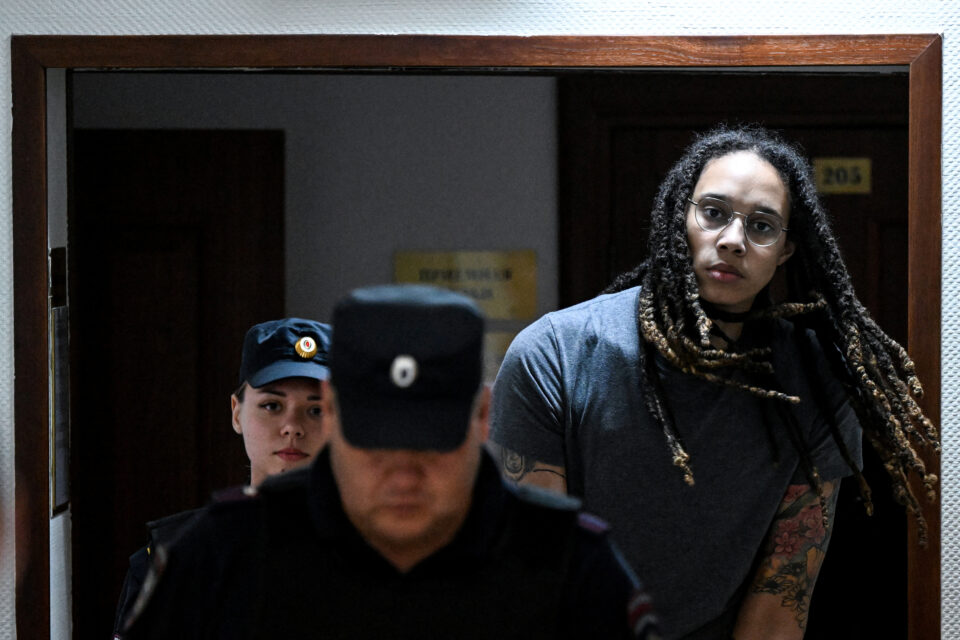 U.S. basketball player Brittney Griner is escorted in a court building in Khimki outside Moscow, Russia, on August 4. (Photo: Kirill Kudryavtsev/Pool via REUTERS)

After speculating where imprisoned WNBA player Brittney Griner would serve her jail time, her attorneys confirmed that they now know where she is located.

According to Reuters, on Thursday, her attorneys revealed that Griner, sentenced to nine years in a Russian prison after being convicted on drug charges, has been taken to a penal colony approximately 300 miles southeast of Moscow.

Previous reports of her whereabouts were unknown, with only the news that she would be spending her time at a penal colony. A penal colony is unlike a regular prison system. Reportedly, conditions are harsher as prisoners work for minimal pay.

Griner’s attorneys confirmed the Phoenix Mercury basketball player had been taken to Female Penal Colony IK-2, located in the town of Yavas in the Mordovia region. This is the same region where another imprisoned American, Paul Whelan, has been serving his 16-year sentence. The Russian courts convicted him of espionage charges that he denies. He is located in a different penal settlement.

In a written statement, Maria Blagovolina and Alexander Boikov said, “We can confirm that Brittney began serving her sentence at IK-2 in Mordovia. We visited her early this week. Brittney is doing as well as could be expected and trying to stay strong as she adapts to a new environment.”

A representative from the U.S. State Department stated their disappointment in not being notified of the move to the penal county, as the United States wasn’t told of her location.

A statement was released regarding the situation.

“We are aware of reports of her location, and in frequent contact with Ms. Griner’s legal team.

“However, the Russian Federation has still failed to provide any official notification for such a move of a U.S. citizen, which we strongly protest.”

As previously reported, Griner was sentenced to nearly 10 years in prison on Aug. 4 by a Russian court in Moscow. She has been detained in Russia since February, when Russian authorities discovered vape canisters with cannabis oil in her luggage at Moscow’s Sheremetyevo Airport.