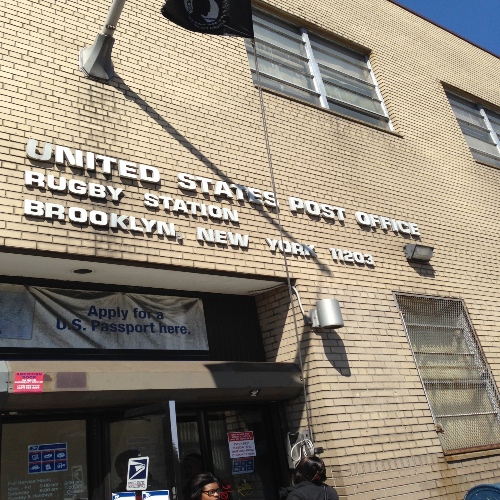 A Crown Heights, Brooklyn, USPS worker and her boyfriend got charged with stealing more than $3 million worth of blank money orders, The New York Daily News reported.

Federal prosecutors are saying Jaleesa Wallace, 30, and her co-conspirator boyfriend, Willie Cook, 34, allegedly stole the money orders on Feb. 13 from her Postal Service job at its Utica Avenue branch.

They were arrested on Tuesday.

Related stories: EXCLUSIVE: FROM RECIPES TO RECEIPTS, DARIUS “COOKS” WILLIAMS DENIES CLAIMS THAT HE IS A “CROOK”

The branch manager notified the authorities about the missing 10,000 blank postal money orders that were said to be delivered but never entered in the system.

Out of the 10,000 blank money orders, more than 100 of them were exchanged for cash at financial institutions, prosecutors charged, with 300 of them being recovered at Cook’s home after a search by federal agents was executed.
Cook allegedly admitted to being part of the crime, saying he was “holding” stolen money orders which they sold through messaging applications like WhatsApp and Telegram.
Cook said he would drive Wallace to deliver the money order to customers they were communicating with, prosecutors charged.

The boyfriend also allegedly admitted that he posed for pictures with the stolen money orders on Telegram, with one of the pictures captioned, “Let’s Eat.”

On July 9, in a search executed by law enforcement into Wallace’s home, agents found 3,100 of the stolen money orders in two large boxes. In addition, $42,000 in cash and 37 unemployment benefits prepaid debit cards discovered as well, Daily News reported.

At least $1.4 million worth of stolen money orders were cashed in, prosecutors said in a press release.

Wallace is waiting to be arraigned in Brooklyn Federal Court.