Bryan Burwell To Be Honored With 2015 NABJ Legacy Award 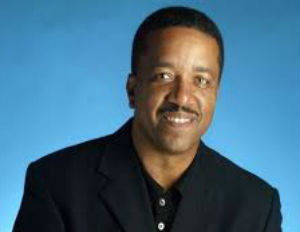 Well respected and acclaimed sports journalist Bryan Burwell is set to be honored by the National Association of Black Journalists this August during their National Convention and it’s 40th anniversary celebration. ESPN reported at the time of his death that Burwell, who passed in December at the age of 59 after a short fight with cancer, was ‘one of the most well-respected journalists in his field.’

Recipients of the NABJ Legacy Award are recognized for having had a career of extraordinary achievement, which broke barriers and blazed trails. Burwell’s career as a sports journalists spanned decades as well as mediums, and included work with a number of outlets including stints as a columnist for USA Today, The Sporting News, The Detroit News, and The New York Daily News. He had also written for Newsday and The Baltimore Sun, worked in radio as an on air host for CBS Sports 920 in St. Louis and 101 ESPN Radio, and was a featured television personality on ESPN’s Jim Rome is Burning and The Sports Reporters. At the time of his death, Bryan Burwell was a writer for The St. Louis Post-Dispatch.

His work has previously been recognized by The Associated Press Sports Editors, who named Burwell one of the top 10 sports columnists in the country in 2007; and again in 2013, when his “Upon Further Review” video columns were recognized by Editor and Publisher in its Eppy Awards.

In a statement from the NABJ, President Bob Fuller said of Burwell, ” [he] was a sports journalist who covered historic moments and milestones on the court and on the field. His performance as a journalist set a high bar for others to follow…few reporters can say they covered some of the most important moments in sports across platforms, but Bryan could and he did it extremely well.”

Burwell is survived by his wife, Dawn, and his daughter, Victoria, who will be presented his award at the association’s Salute to Excellence Gala on August 8th.

An advocacy group established in 1975 in Washington, D.C., NABJ is the largest organization for journalists of color in the nation, and provides career development as well as educational and other support to its members worldwide. Please visit,Â www.nabj.org for additional information.