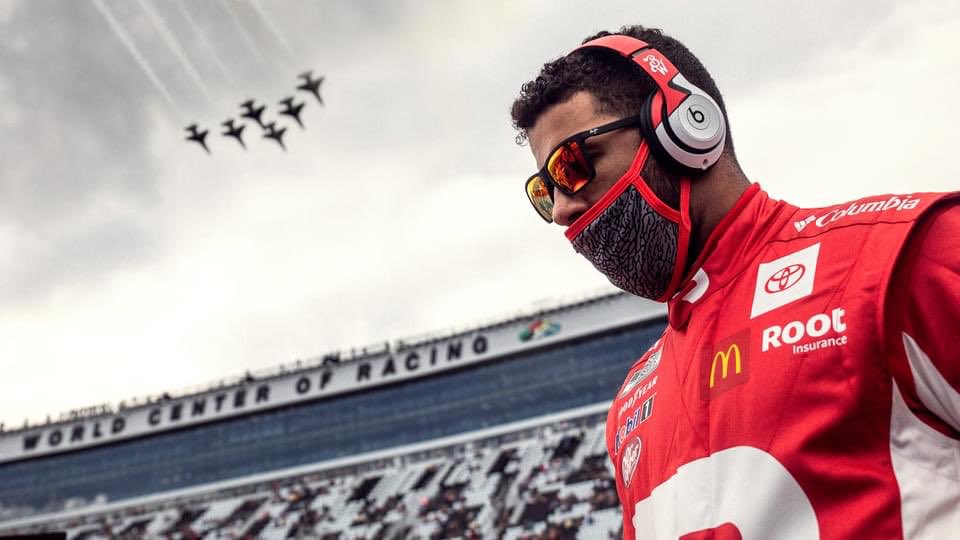 History was made this past weekend when NASCAR driver Bubba Wallace became the first Black driver to lead a lap at the Daytona 500.

According to NBA.com, at this recent race, NBA legend Michael Jordan entered NASCAR as the first Black principal owner of a full-time Cup Series team in nearly 50 years. Wallace, driving in his first Daytona 500 for Jordan’s team, lead a lap late, which made him the first Black driver to do so before he ended up finishing 17th overall in a race that was won by Michael McDowell.

Bum end. I bailed out down the back saw the wreck happening and got run over from behind. Should’ve bailed sooner🤷🏾‍♂️

Onto the right turns

There was trouble at the start of the race for the Jordan/Wallace team.

Jordan’s No. 23 Toyota had failed inspection, not only once, but twice before the race, setting the stage for NASCAR to kick the team’s car chief off the grounds. After the third attempt, the car passed but had to start from the back of the field. Jordan watched the beginning of the race from a luxury suite.

After finally getting the chance to meet with Wallace last week, Jordan expressed the confidence he has in the promising driver.

“I feel like he’s going to learn how to win. He’s got the talent,” Jordan told Fox Sports. “We would not have invested in him and picked him if he didn’t have the talent to win. By the end of the year, I think he’s going to have an opportunity and probably will win at least a couple of races. If it’s more, I’d be elated.”

Back in September of last year, NBA legend Michael Jordan announced the purchase of a NASCAR Cup Series Charter with Bubba Wallace as the driver when the 2021 NASCAR Cup Series season begins. The news came after Wallace revealed on Sept. 10 that he will no longer be racing for Richard Petty Motorsports.