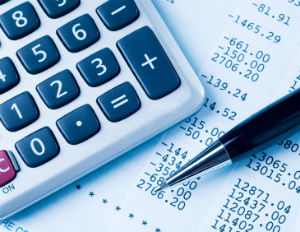 Becoming a sports star can be a dream-come-true. However, for many athletes, that dream quickly turns into a financial nightmare. About 78% of NFL players go bankrupt or experience major financial difficulty two years after the conclusion of their careers, according to research by Sports Illustrated. Furthermore, 60% of NBA players face the same results within five years of retirement.

As a former professional quarterback, Michael Jackson is fully aware of the financial fate of many well-known athletes. Jackson didn’t want to be part of that statistic. “I think the more you have, the less careful you tend to be,â€ Jackson says.

During his career with the Arena Football League’s New Jersey Red Dogs in 2000 and 2001, Jackson kept debt at a minimum and lived within his means, making sure to only use credit cards in an emergency. Jackson has taken a three-pronged approach to wealth building: saving, budgeting, and building multiple streams of income.

While he was playing football, Jackson prepared for life after sports by setting aside a portion of his $70,000 salary to invest in business ventures. “I was always looking for a business opportunity,” he says.

“After my career, I was forced to be a little more frugal,â€ Jackson says. The 42-year-old founded Paterson, New Jersey-based restaurant, Jacksonville in 2003 by combining more than $75,000 in savings with financial contributions from family members.

When Jackson’s business took off, he began hiring his financial team. “I knew it was time to seek professional financial help with my personal and business tax management and overall financial planning,â€ he says. Jackson meets with an accountant and a financial planner every month. He keeps personal expenses separate from business expenses and maintains separate checking accounts and credit cards.

Jackson says he has no trouble creating or following a budget. He uses QuickBooks and restaurant point of sale software to track and monitor inventory and payroll for his five full-time and 20 part-time employees.

Another stream of income for Jackson is real estate. He purchased two New Jersey rental properties in the mid ’90s, one of which houses the restaurant. Jackson collects about $7,000 in rent each month.

A third revenue stream that Jackson has recently tapped into is banking. “My brother and I pooled our resources together with a few other parties and now own about 8% of a small community bank,â€ he explains. Jackson’s brother is also a former professional athlete.

When asked about his “three-to-five-year plan,” Jackson says, “I hope to open up new businesses and to further diversify my income.â€

Jackson says while he was playing football, he always had his sights set on a “plan Bâ€ for life after sports.