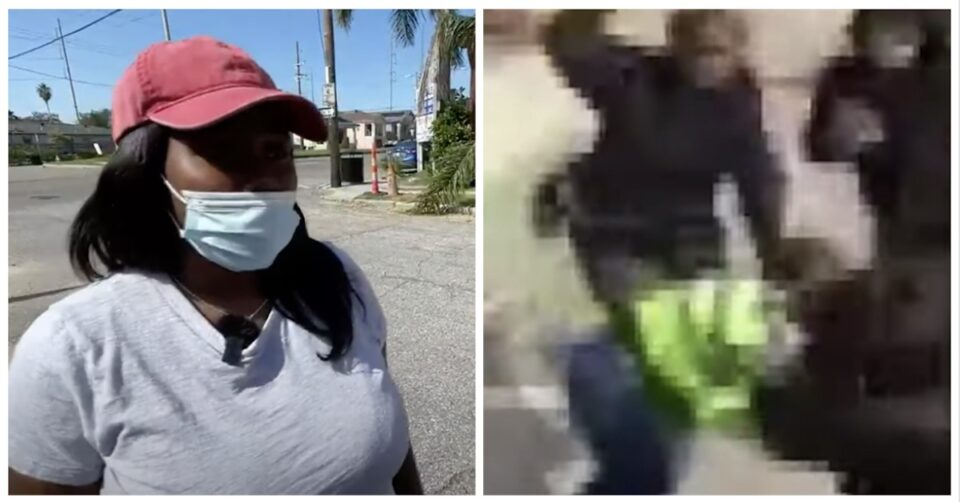 New Orleans school bus driver Andrea Anderson is asking authorities to take action after she says three parents dragged her off her bus mid-route and proceeded to attack her in front of her students.

According to Law & Crime, Anderson says the parents confronted her about an alleged bullying incident which she maintains she was unaware of.

“It was horrible. They approached the bus, they pushed past other students you know, knocking them down,” Anderson told local station WVUE. “It happened right here. In the middle of the street. My stop sign was out, I had cars waiting—you know, people were outside, I had students outside. It was horrible.”

Anderson explains that there was very little she could do to protect herself because any attempt to drive away would have potentially injured the children on board.

One of the students shared footage of the fight with WVUE. In it, a woman can be seen yelling at Anderson as she sits in the driver’s seat while seemingly blocking a child trying to get off the bus. As the woman drags the driver off the bus, the children can be heard screaming in the background.

Anderson tells WVUE that she is currently on leave, under her doctor’s orders and is recovering from minor injuries from the altercation. She does, however, intend on returning to work as soon as possible.

“I love my job. I do want to go back simply because it’s a good timeframe for my children,” she adds.

Neither the school district nor the bus company has issued a statement about this incident. The New Orleans Police Department says they are currently investigating the matter. The names of the parents have not been released, nor has it been made clear if all three have children on Anderson’s route and where those children were at the time.

For her part, Anderson says she fully intends to press charges.