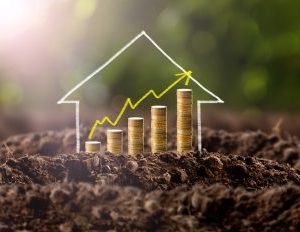 Despite the explosive outcryÂ against the political sentiment and executive orders being pushed under the Trump administration, Shawn Baldwin, chairman of the AIA Group, says there are plenty of ways for African Americans to prosper in our current economic and political environment. In fact, Baldwin explainedÂ 4 Ways Black People Can Thrive Under the Trump AdministrationÂ earlier this month.Â In a follow-up phone interview with Black Enterprise, the internationally renowned investor discussed how and why African Americans should purchase property while Trump is in office as a means to generate wealth.

“For most people, the acquisition of real estate is one of the best ways for them to become wealthier,” he told BE. “For the average person, their wealth is concentrated in their home and non-depreciating assets,”–unlike a car or “retail jewelry,“Â which is purchased at a markup and not worth as much as fine jewelry. However, now is a prime time for people of color to invest in urban re-development, which he says will be a primary focus under Trump’s administration. In turn, this will create opportunities for people of color.

“The acquisition of additional real estate can create wealth–mainly because [Trump] will try to make the focus of the development of communities a priority–this is going to create two opportunities: One, to add to yourÂ balance sheet, [and] two, to create places where other people of color are going to want to come and live.â€

According to Baldwin, rather than just applyingÂ for a small business loan, people of color should invest in property and then use it as a stream of revenue to fund their business ventures. “Systematically, we have been denied loans, but we can do other things that can create significant wealth,” he said. “It’s more difficult to get a bank to fund you as a business.â€

He continued, “They’re not going to give us money that they deem is risky. [Banks]Â are going to want to give a loan thatÂ is based on collateral,” he said, adding that 25 percent of all bank activities are commercial real estate based. “Most of the time, the loans that most people of color can get is a home or real estate loan.”

Rather than applying for a business loan, he advises entrepreneurs to what he calls the “backdoor method.” After you accumulate real estate, he says you can mortgage it and use that money to fund your own ideas.Â “If you acquire a bunch of real estateÂ and it’s cheap, then use it as cash flow by leasing it out to people,” he adds.

“We’re not going to get back to prices that there were setÂ in 2007, but the prices will climb and if you can get the properties on a discounted basis, then you can make significant wealth doing that.”