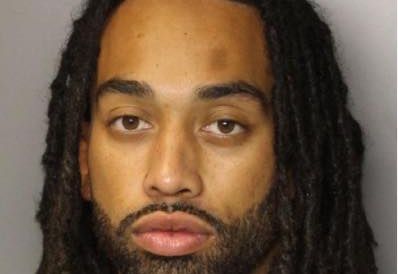 A Black California man was arrested after it was reported that while he was filming during a live stream on social media, there were dead bodies visible to the viewing audience.

“On January 30 at approximately 12:42 am, officers responded to a call of a welfare check at the Rocky Hill Veterans Apartments located at 582 Rocky Hill Road. A woman called to report a man was inside an apartment and possibly armed. She stated the man had live streamed himself on social media from inside the apartment. The video showed the man carrying a handgun and two women lying on the floor – not moving.
“Officers learned the 29-year old man out of Santa Rosa, whose name is not being released at this time, was wanted for an outstanding warrant for various felonies including domestic battery and assault with a deadly weapon.”

That man has since been identified as Raymond Michael Weber of Sacramento, California.

UPDATE: Raymond Weber held on 2 counts of murder in the killings of 2 women at an apartment where he live-streamed on social media while barricaded inside for 8 hours, per @VacavillePolice. If #SolanoDA charges special circs, he could face life w/o parole or death if convicted pic.twitter.com/EhbAELlQkw

The Associated Press has reported that Weber was being held without bail on two counts of first-degree murder and had been scheduled for a court appearance Tuesday, according to records obtained online from Solano County Jail.

According to CBS Sacramento, Weber is the older brother of local rapper Marcus Weber, who goes by the name of “Uzzy Marcus.” On Monday, Vacaville Police Sgt. Kate Cardona had revealed that the victims seen in the video were 27 and 15 years of age. The victims’ names were not released.