In the latest episode of “you tried it,” a California school district is apologizing after they offered a support group for white students after the Derek Chauvin trial.

Despite Chauvin being convicted of murdering an unarmed Black man, the Piedmont school district invited white students to come together and talk about how the George Floyd case “impacted” them, the Daily Beast reports. Now school officials in Piedmont, California, are apologizing after they received backlash for holding a “support circle for white students.”

While the initiative was aimed at offering support to their students following the Chauvin trial, the assistant superintendent of the Piedmont Unified School District reached out to students and staff to take part in “restorative community circles” that were segregated to include only white students. Now, the school’s assistant superintendent Cheryl Wozniak is under public scrutiny after her email inviting white students to “discuss how the trial, verdict, and experiences related to the George Floyd murder are impacting you,” was shared by SFGate.

In the letter, Wozniak said two school counselors would be available “for our White students to process [and] share… to one another.”

There were other support groups held for BIPOC students but the damage had already been done. Wozniak was forced to acknowledge that the white support group left “our students of color…feeling hurt and disrespected by district administration,” she said.

“A poor choice of words in the subject line of the invitation to white students led to the perception that white students needed the same kind of ‘support’ as our BIPOC students,” Superintendent Randall Booker said on the school’s website. “Students of all racial backgrounds rightfully pushed back on that idea. We agree, and we want to affirm in the strongest terms that our commitment is to give all students a place to express their feelings and to learn how to engage in important issues.”

The district is passing the failed move off as a poor choice of words. Maybe they’ll hold an inclusive support group and let their students address the matter. 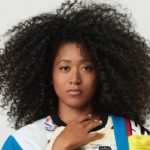 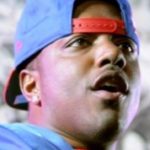 Rapper Mase: ‘The Weakest Thing a Black Man Can Do Today is Join a Street Gang’