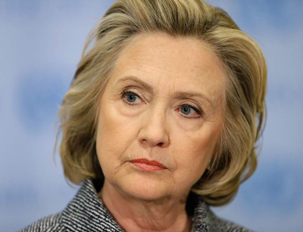 Hillary Clinton pledged to invest $25 billion to support entrepreneurship and small business growth in low-income and “underservedâ€ communities. The investment would be used to train 50,000 underserved entrepreneurs, expand tax credits, and increase access to startup capital.

“Clinton wants to be the small business president for all,â€ according to the campaign. “She will fight to ensure that local small businesses can spark job creation in America’s low-income and undeserved communities.â€

Blacks start businesses with half the capital of white men and the gap widens as businesses mature. Lack of access to startup capital is the single greatest factor contributing to racial disparities in closure rates, profits, employment, and sales, according to a MIT study.

CDFIs currently deliver roughly 90% of loan volume to underserved, low-income, and minority-owned borrowers. “Clinton would double Treasury’s CDFI Fund to invest in small business growth,â€ according to an official campaign briefing. “This would enable the federal government to reach more small business owners and entrepreneurs who traditionally struggle with raising capital from traditional financial institutions.â€

And yet, an absence of existing funding may not be the issue driving disparities in access to startup capital. In FY 2014, U.S. financial institutions made $23.09 billion in total Small Business Administration loans. Black borrowers received a meager 1.7% of the total, or roughly $382.5 million.

The problem isn’t that there’s a lack of existing small business startup capital, it’s that the funding isn’t being allocated to borrowers of color.

Although the SBA recognizes these challenges, the reforms that they have subsequently implemented have been ineffective.

In 2014, to encourage and incentivize black-owned firms to seek loans, the SBA eliminated 7(a) borrower fees for loans $150,000 and under. And yet, this reform did not achieve the desired objective of increasing black borrowing. The proportion of total 7(a) loan dollars to African American firms remains at 2%.

If Hilary Clinton is serious about her commitment to being the small business president for all, she must do far more than double the size of the CDFI fund. She must also develop and implement an informed plan to equalize access to the SBA 7(a) program.